If the temperature of a liquid is fixed and evaporation takes place in a closed system, and there is an excess of liquid, then a point will come at which there will be no net evaporation.

Liquid molecules will leave the liquid, as vapour but they will also return to the liquid at the same rate overall. The vapour is saturated.

We may also explain the mechanism in this way. Consider a bubble in the liquid. The pressure within the bubble is the saturated vapour pressure at the temperature of the liquid, neglecting the pressure due to the water above the bubble.

As the liquid heats up, more bubbles form in the liquid and will tend to rise because they are less dense than liquid, so the rate of evaporation increases with temperature.

The bubbles rises to the surface and escape so the vapour pressure inside the bubble must be equal to the pressure above the liquid. 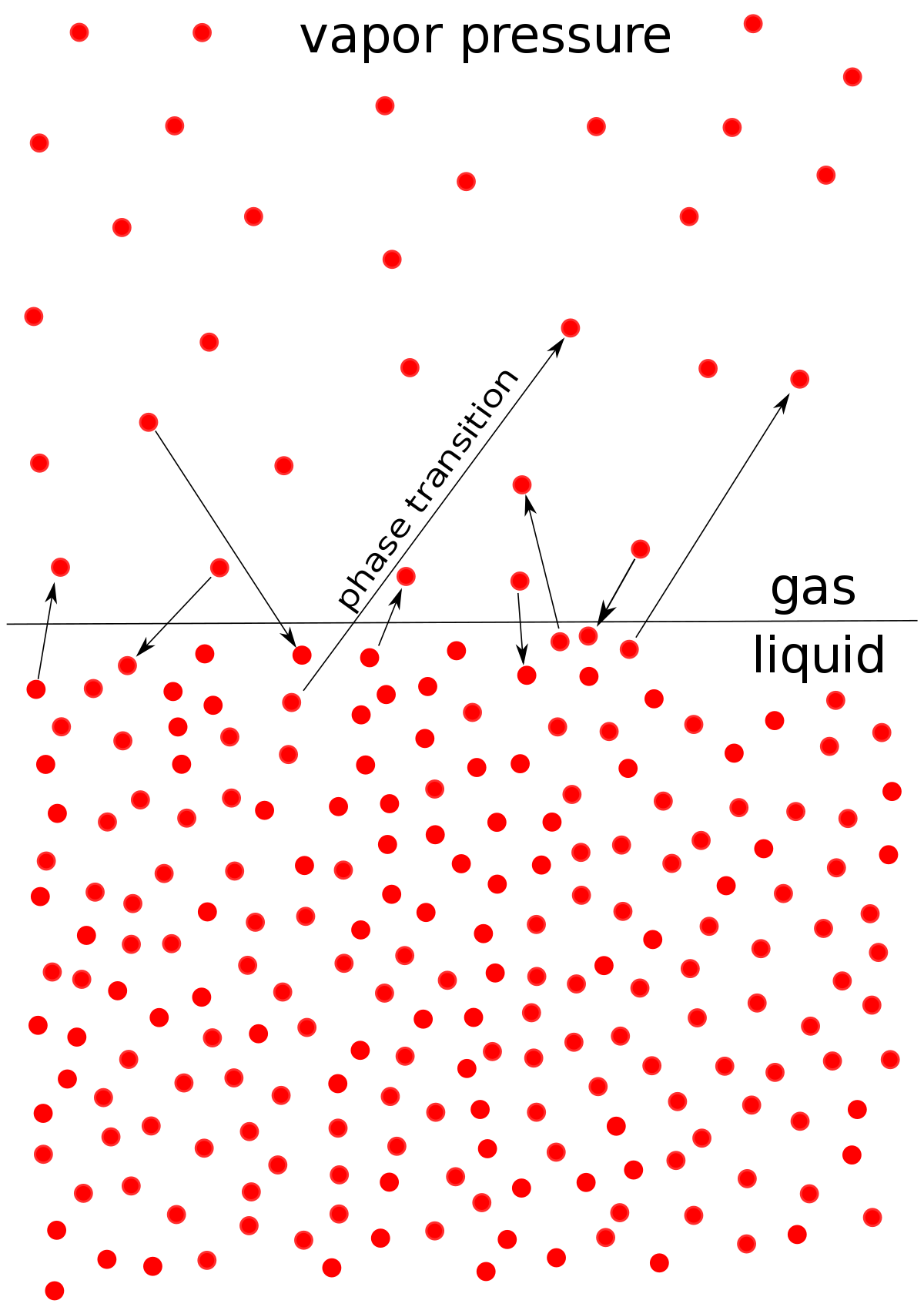 The vapor pressure of a liquid can be measured in a variety of ways. A simple measurement involves injecting a little of the liquid into a closed flask connected to a manometer. Click here for an illustration