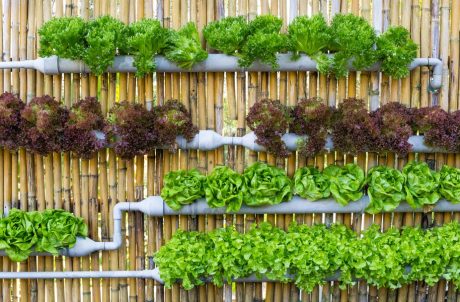 The world-wide migration of rural people to cities is particularly prominent in Africa and Asia. Besides the demographic aspects, these dynamics do also change the conditions for agricuUrban and Peri-Urban Farming Assignmentlture, livelihoods and food production. There are new opportunities and challenges to which science can contribute.

People in cities or towns in low-income countries, do demand and eat a more varied diet than rural dwellers. This more varied diet comprises more legumes, fruits, meat milk, egg and fish compared with the rural staple food-based diet. The demand for these different components of an urban diet opens for urban and peri-urban farming.

This kind of farming is mainly small-scale and often operated by women, yet contributing to a significant share of the food in many cities in low-income countries. Also, the rural dwellers moving to cities often bring agricultural practices with them for making an income and food and nutrition security reasons. Often there are no policies about or infrastructure for urban and peri-urban farming and sometimes it is illegal but still there.

Unfortunately, there are also downsides related to urban and peri-urban farming. For instance, threats to the public health from zoonotic diseases in livestock, sanitary issues from cultivation and livestock-keeping and local environmental degradation from pollution and deforestation.

Analyzing the pros and cons in this farming-practice as well as suggesting policies or interventions to balancing the up- and downsides are main activities this unit covers.

Urban farming in Uganda was born out of the political and economic crises of the 1970s and is widely practised in Kampala today. Vegetable production and livestock keeping—primarily poultry, dairy cattle and pigs—are the dominant components, along with the cultivation of cassava and other staple crops in peri-urban areas.

The sector contributes to nutritional and food security, and the vitality of the informal market, as well as helping to reduce the urban waste stream through productive reuse of organic waste as livestock feed and input to vegetable production.

​While the design is a great idea, there are many disadvantages related to urban farming. Building the building won’t be cheap, especially adding in the cost of the equipment.

Buying plots inside the building could be too expensive for local people to buy.

Depending on where the building is located, getting the right amount of rainwater could be a problem.

Due to the height of the building, the solar panels won’t get a sizable amount of sun to produce the energy needed for the whole building.

The plants inside might not get the right amount of sunlight that they need causing the growth rate to decline and the crops can become sick.

​There may not be enough solar energy to power the entire building.
​