The History and Methods of Psychology 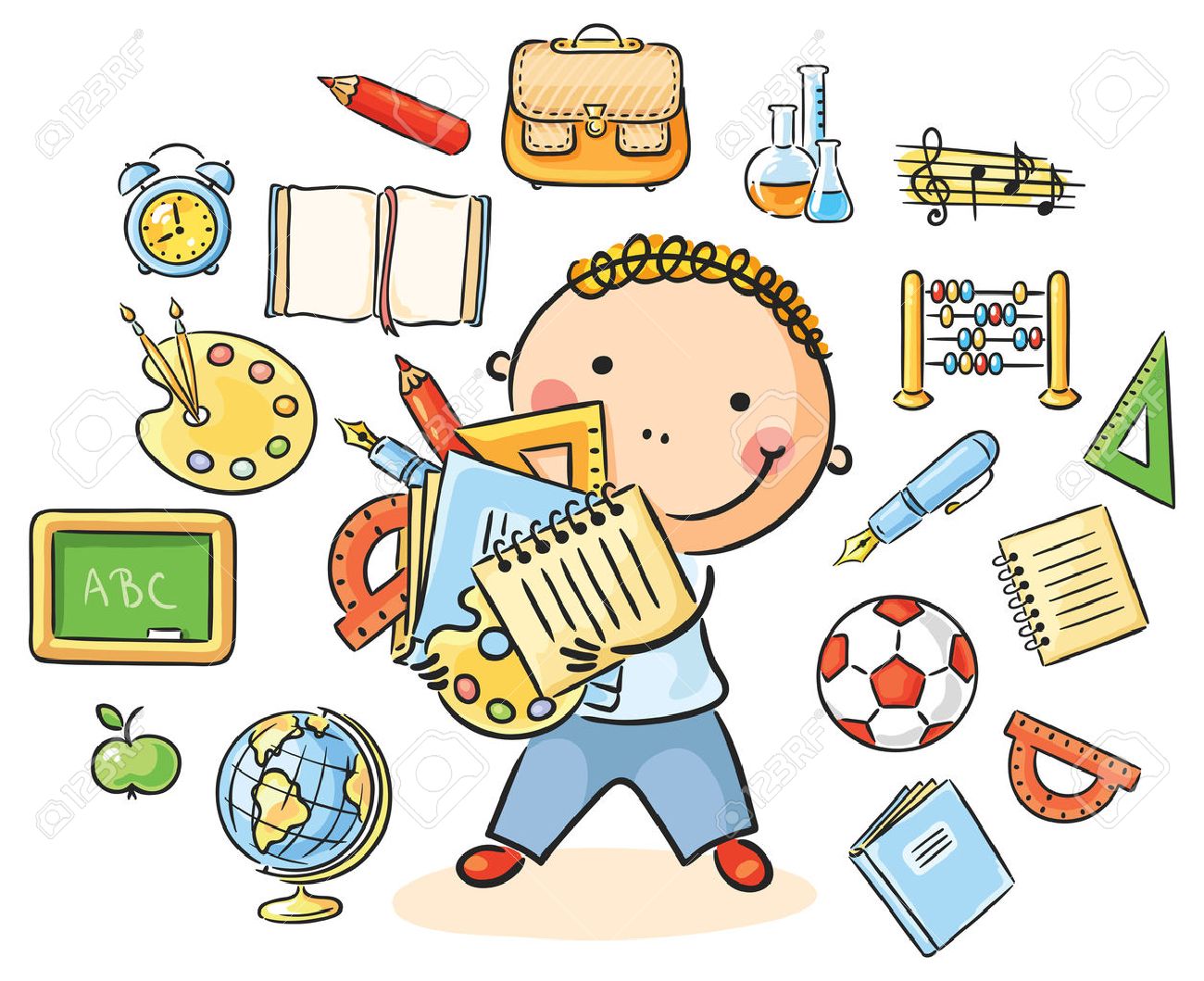 Why Psychologists Rely on Empirical Methods

All scientists, whether they are physicists, chemists, biologists, sociologists, or psychologists, use empirical methods to study the topics that interest them. Empirical methods include the processes of collecting and organizing data and drawing conclusions about those data. The empirical methods used by scientists have developed over many years and provide a basis for collecting, analyzing, and interpreting data within a common framework in which information can be shared. We can label the scientific method as the set of assumptions, rules, and procedures that scientists use to conduct empirical research.

Although scientific research is an important method of studying human behaviour, not all questions can be answered using scientific approaches. Statements that cannot be objectively measured or objectively determined to be true or false are not within the domain of scientific inquiry. Scientists therefore draw a distinction between values and facts. Values are personal statements such as “Abortion should not be permitted in this country,” “I will go to heaven when I die,” or “It is important to study psychology.” Facts are objective statements determined to be accurate through empirical study. Examples are “There were more than 21,000 homicides in Canada in 2009” or “Research demonstrates that individuals who are exposed to highly stressful situations over long periods of time develop more health problems than those who are not.”

Because values cannot be considered to be either true or false, science cannot prove or disprove them. Nevertheless, as shown in Table 1.1, research can sometimes provide facts that can help people develop their values. For instance, science may be able to objectively measure the impact of unwanted children on a society or the psychological trauma suffered by women who have abortions. The effect of imprisonment on the crime rate in Canada may also be determinable. This factual information can and should be made available to help people formulate their values about abortion and incarceration, as well as to enable governments to articulate appropriate policies. Values also frequently come into play in determining what research is appropriate or important to conduct. For instance, the Canadian government has recently increased funding for university research, designating $37 million annually to the three major research councils dealing with health, social science, and the sciences (Research Canada, 2014).

Although scientists use research to help establish facts, the distinction between values and facts is not always clear-cut. Sometimes statements that scientists consider to be factual turn out later, on the basis of further research, to be partially or even entirely incorrect. Although scientific procedures do not necessarily guarantee that the answers to questions will be objective and unbiased, science is still the best method for drawing objective conclusions about the world around us. When old facts are discarded, they are replaced with new facts based on newer and more correct data. Although science is not perfect, the requirements of empiricism and objectivity result in a much greater chance of producing an accurate understanding of human behaviour than is available through other approaches.

Levels of Explanation in Psychology

The same topic can be studied within psychology at different levels of explanation, as shown in Table 1.2, “Levels of Explanation.” For instance, the psychological disorder known as depression affects millions of people worldwide and is known to be caused by biological, social, and cultural factors. Studying and helping alleviate depression can be accomplished at low levels of explanation by investigating how chemicals in the brain influence the experience of depression. This approach has allowed psychologists to develop and prescribe drugs, such as Prozac, which may decrease depression in many individuals (Williams, Simpson, Simpson, & Nahas, 2009). At the middle levels of explanation, psychological therapy is directed at helping individuals cope with negative life experiences that may cause depression. And at the highest level, psychologists study differences in the prevalence of depression between men and women and across cultures. The occurrence of psychological disorders, including depression, is substantially higher for women than for men, and it is also higher in Western cultures, such as in Canada, the United States, and Europe, than in Eastern cultures, such as in India, China, and Japan (Chen, Wang, Poland, & Lin, 2009; Seedat et al., 2009). These sex and cultural differences provide insight into the factors that cause depression. The study of depression in psychology helps remind us that no one level of explanation can explain everything. All levels of explanation, from biological to personal to cultural, are essential for a better understanding of human behaviour.

The Challenges of Studying Psychology

Understanding and attempting to alleviate the costs of psychological disorders such as depression is not easy because psychological experiences are extremely complex. The questions psychologists pose are as difficult as those posed by doctors, biologists, chemists, physicists, and other scientists, if not more so (Wilson, 1998).

A major goal of psychology is to predict behaviour by understanding its causes. Making predictions is difficult, in part because people vary and respond differently in different situations. Individual differences are the variations among people on physical or psychological dimensions. For instance, although many people experience at least some symptoms of depression at some times in their lives, the experience varies dramatically among people. Some people experience major negative events, such as severe physical injuries or the loss of significant others, without experiencing much depression, whereas other people experience severe depression for no apparent reason. Other important individual differences that we will discuss in the chapters to come include differences in extraversion, intelligence, self-esteem, anxiety, aggression, and conformity.

Because of the many individual difference variables that influence behaviour, we cannot always predict who will become aggressive or who will perform best in graduate school or on the job. The predictions made by psychologists (and most other scientists) are only probabilistic. We can say, for instance, that people who score higher on an intelligence test will, on average, do better than people who score lower on the same test, but we cannot make very accurate predictions about exactly how any one person will perform.

Another reason that it is difficult to predict behaviour is that almost all behaviour is multiply determined, or produced by many factors. And these factors occur at different levels of explanation. We have seen, for instance, that depression is caused by lower-level genetic factors, by medium-level personal factors, and by higher-level social and cultural factors. You should always be skeptical about people who attempt to explain important human behaviours, such as violence, child abuse, poverty, anxiety, or depression, in terms of a single cause.

Furthermore, these multiple causes are not independent of one another; they are associated such that when one cause is present, other causes tend to be present as well. This overlap makes it difficult to pinpoint which cause or causes are operating. For instance, some people may be depressed because of biological imbalances in neurotransmitters in their brain. The resulting depression may lead them to act more negatively toward other people around them, which then leads those other people to respond more negatively to them, which then increases their depression. As a result, the biological determinants of depression become intertwined with the social responses of other people, making it difficult to disentangle the effects of each cause.

Another difficulty in studying psychology is that much human behaviour is caused by factors that are outside our conscious awareness, making it impossible for us, as individuals, to really understand them. The role of unconscious processes was emphasized in the theorizing of the Austrian neurologist Sigmund Freud (1856-1939), who argued that many psychological disorders were caused by memories that we have repressed and thus remain outside our consciousness. Unconscious processes will be an important part of our study of psychology, and we will see that current research has supported many of Freud’s ideas about the importance of the unconscious in guiding behaviour. 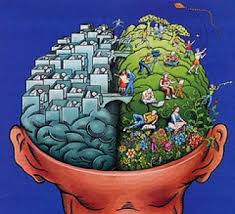 “Psychology has a long past but a short history.” This brief statement by one of the pioneers of psychological research, Herman Ebbinghaus, captures the history of psychology as a discipline. Though it is relatively new as a formal academic subject, the questions it seeks to answer have been around since the beginning of man. In this unit, we will review the history of psychology as a discipline, by learning about both its ancient philosophical (“prescientific”) roots and its more recent reincarnation as a “scientific” field of study.

Completing this unit should take you approximately 6 hours.