The Biology of Psychology

Biological Approach. The biological approach believes us to be as a consequence of our genetics and physiology. It is the only approach in psychology that examines thoughts, feelings, and behaviors from a biological and thus physical point of view. 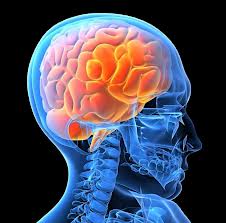 Biological psychologists are interested in measuring biological, physiological, or genetic variables in an attempt to relate them to psychological or behavioural variables. Because all behaviour is controlled by the central nervous system, biological psychologists seek to understand how the brain functions in order to understand behaviour. Key areas of focus include sensation and perception; motivated behaviour (such as hunger, thirst, and sex); control of movement; learning and memory; sleep and biological rhythms; and emotion. As technical sophistication leads to advancements in research methods, more advanced topics such as language, reasoning, decision making, and consciousness are now being studied.

Biological psychology has its roots in early structuralist and functionalist psychological studies, and as with all of the major perspectives, it has relevance today. In section 1.2, we discuss the history and development of functionalism and structuralism. In this chapter, we extend this discussion to include the theoretical and methodological aspects of these two approaches within the biological perspective and provide examples of relevant studies.

The early structural and functional psychologists believed that the study of conscious thoughts would be the key to understanding the mind. Their approaches to the study of the mind were based on systematic and rigorous observation, laying the foundation for modern psychological experimentation. In terms of research focus, Wundt and Titchener explored topics such as attention span, reaction time, vision, emotion, and time perception, all of which are still studied today.

Wundt’s primary method of research was introspection, which involves training people to concentrate and report on their conscious experiences as they react tostimuli. This approach is still used today in modern neuroscience research; however, many scientists criticize the use of introspection for its lack of empirical approach and objectivity. Structuralism was also criticized because its subject of interest – the conscious experience – was not easily studied with controlled experimentation. Structuralism’s reliance on introspection, despite Titchener’s rigid guidelines, was criticized for its lack of reliability. Critics argued that self-analysis is not feasible, and that introspection can yield different results depending on the subject. Critics were also concerned about the possibility of retrospection, or the memory of sensation rather than the sensation itself.

Today, researchers argue for introspective methods as crucial for understanding certain experiences and contexts.Two Minnesota researchers (Jones & Schmid, 2000) used autoethnography, a narrative approach to introspective analysis (Ellis, 1999), to study the phenomenological experience of the prison world and the consequent adaptations and transformations that it evokes. Jones, serving a year-and-a-day sentence in a maximum security prison, relied on his personal documentation of his experience to later study the psychological impacts of his experience.

From Structuralism to Functionalism

As structuralism struggled to survive the scrutiny of the scientific method, new approaches to studying the mind were sought. One important alternative was functionalism, founded by William James in the late 19th century, described and discussed in his two-volume publication The Principles of Psychology (1890) (see Chapter 1.2 for details). Built on structuralism’s concern for the anatomy of the mind, functionalism led to greater concern about the functions of the mind, and later on to behaviourism.

One of James’s students, James Angell, captured the functionalist perspective in relation to a discussion of free will in his 1906 text Psychology: An Introductory Study of the Structure and Function of Human Consciousness:

Inasmuch as consciousness is a systematising, unifying activity, we find that with increasing maturity our impulses are commonly coordinated with one another more and more perfectly. We thus come to acquire definite and reliable habits of action. Our wills become formed. Such fixation of modes of willing constitutes character. The really good man is not obliged to hesitate about stealing. His moral habits all impel him immediately and irrepressibly away from such actions. If he does hesitate, it is in order to be sure that the suggested act is stealing, not because his character is unstable. From one point of view the development of character is never complete, because experience is constantly presenting new aspects of life to us, and in consequence of this fact we are always engaged in slight reconstructions of our modes of conduct and our attitude toward life. But in a practical common-sense way most of our important habits of reaction become fixed at a fairly early and definite time in life.

Functionalism considers mental life and behaviour in terms of active adaptation to the person’s environment. As such, it provides the general basis for developing psychological theories not readily testable by controlled experiments such as applied psychology. William James’s functionalist approach to psychology was less concerned with the composition of the mind than with examining the ways in which the mind adapts to changing situations and environments. In functionalism, the brain is believed to have evolved for the purpose of bettering the survival of its carrier by acting as an information processor.In processing information the brain is considered to execute functions similar to those executed by a computer and much like what is shown in Figure 2.3 below of a complex adaptive system.

The functionalists retained an emphasis on conscious experience. John Dewey, George Herbert Mead, Harvey A. Carr, and especially James Angell were the additional proponents of functionalism at the University of Chicago. Another group at Columbia University, including James McKeen Cattell, Edward L. Thorndike, and Robert S. Woodworth, shared a functionalist perspective.

Biological psychology is also considered reductionist. For the reductionist, the simple is the source of the complex. In other words, to explain a complex phenomenon (like human behaviour) a person needs to reduce it to its elements. In contrast, for the holist, the whole is more than the sum of the parts. Explanations of a behaviour at its simplest level can be deemed reductionist. The experimental and laboratory approach in various areas of psychology (e.g., behaviourist, biological, cognitive) reflects a reductionist position. This approach inevitably must reduce a complex behaviour to a simple set of variables that offer the possibility of identifying a cause and an effect (i.e., the biological approach suggests that psychological problems can be treated like a disease and are therefore often treatable with drugs).

The brain and its functions (Figure 2.4) garnered great interest from the biological psychologists and continue to be a focus for psychologists today. Cognitive psychologists rely on the functionalist insights in discussing howaffect, or emotion, and environment or events interact and result in specific perceptions. Biological psychologists study the human brain in terms of specialized parts, or systems, and their exquisitely complex relationships. Studies have shown neurogenesis in the hippocampus (Gage, 2003). In this respect, the human brain is not a static mass of nervous tissue. As well, it has been found that influential environmental factors operate throughout the life span. Among the most negative factors, traumatic injury and drugs can lead to serious destruction. In contrast, a healthy diet, regular programs of exercise, and challenging mental activities can offer long-term, positive impacts on the brain and psychological development (Kolb, Gibb, & Robinson, 2003).