This unit explores the hypothesis that the differences between our conscious sensations (color, sound, smell, etc.) and perception could be linked together.

Although intimately related, sensation and perception play two complimentary but different roles in how we interpret our world.  Sensation refers to the process of sensing our environment through touch, taste, sight, sound, and smell.  This information is sent to our brains in raw form where perception comes into play.  Perception is the way we interpret these sensations and therefore make sense of everything around us.

This chapter will describe various theories related to these two concepts and explain the important role they play in the field of psychology.  Through this chapter, you will gain a better idea of how our sens.

The physiology of the brain is anchored to important functions that also act in an integrative way: “Perception” and “Sensation”.

Several research scientists defined sensation as perception by means of sense organs. The philosopher Henri Bergson indicates “pure perception” as the simple reaction coming from sense organs. On the contrary, the perception can be defined according to Helmholtz as the integration of pure sensation with unconscious inference. Gustav Jung has analyzed the problem of consciousness by “integrating intuition,” “sensation,” “feeling,” and “thinking.” For Jung, expressing sensation is equivalent to perception. As feeling presently, psychologists prefer the expression “emotion”.

According to Freud (Brown, 1914), the mind can be divided into three different levels:

1. The conscious mind includes everything that we are aware of. Examples are sensations, perception, and memory. A major part of this includes our memory, which is not always part of consciousness but can be retrieved easily at any time and brought into our awareness. Freud called this the “preconscious”.

2. The preconscious mind is the state of the mind that represents memory in the common sense. While we are not consciously aware of this information at any given time, we can retrieve it and pull it into consciousness when needed.

3. The unconscious mind is a reservoir of feelings, thoughts, urges, and memories that exists outside of our conscious awareness. Başar and Düzgün (2015) used the expression “Hypermemory” instead of “memories”. The concept of hypermemory is illustrated in Figure 1.

FIGURE 1. In this illustration, past memory includes semantic memory and episodic memory. Semantic memory and episodic memory are mostly overlapping in time, and possibly, they share similar neural networks. Emotional memory is also based on our past memory. Therefore, it is designed in an adjoining way to episodic memory. The illustration also indicates that present memory relies on past memory, and that there possibly are links from past memory to future memory and creativity. As stated by Bergson (1920), the consideration of future events requires past and present memories. As stated in the text, the time space, which we call hypertime space, requires a physical time period of approximately 0.5 s. In this illustration, the functioning of working memory and implicit memory are not yet incorporated. Modified and extended from Başar and Düzgün (2015).

Most of the contents of the unconscious are unacceptable or unpleasant, such as feelings of pain, anxiety, or conflict. According to Freud, the unconscious continues to influence our behavior and experience, even though we are unaware of these underlying influences.

As the process is spontaneous and automatic, we are unable to account for just how we arrived at our judgments. Through our eyes, we necessarily perceive things as real, for the results of the unconscious conclusions are interpretations that “are urged on our consciousness (Helmholtz, 1867/1910).”

In order to define sensations and perceptions to different processing: 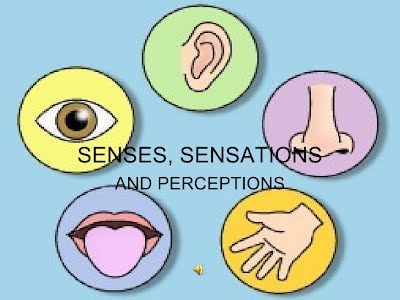 Figure 3 is a tentative presentation of neuronal networks to explain bottom–up and top–down processing. Sensations are elicited in the peripheral organs of the body, such as eyes, ears, and skin receptors. If we track visual information, the electrical impulses that are elicited in retina reach the occipital cortex (visual cortex), and travel through the visual pathway. These signals coming from the retina reach the visual cortex over thalamus (LG). This is a simple way of bottom–up processing. In real life, the subject’s cell receives pure sensory signals as a light stimulus. In general, more complex visual patterns contain elements from the history of subjects are presented. In Figure 3, there are also connections from the reticular formation and connections to the limbic system. Further, there are links from the visual cortex to other association areas of the brain. In the top–down processing, the signal flow in the brain hits several neuronal populations. This is a more complex signal processing, which usually ends in no predictable areas of the brain; therefore, this is a complex signal processing which shows uncertain reactions (see also Fessard, 1961).