In 1900, physicist Max Planck presented his quantum theory to the German Physical Society. Planck had sought to discover the reason that radiation from a glowing body changes in colour from red, to orange, and, finally, to blue as its temperature rises. He found that by making the assumption that energy existed in individual units in the same way that matter does, rather than just as a constant electromagnetic wave – as had been formerly assumed – and was therefore quantifiable, he could find the answer to his question. The existence of these units became the first assumption of quantum theory. 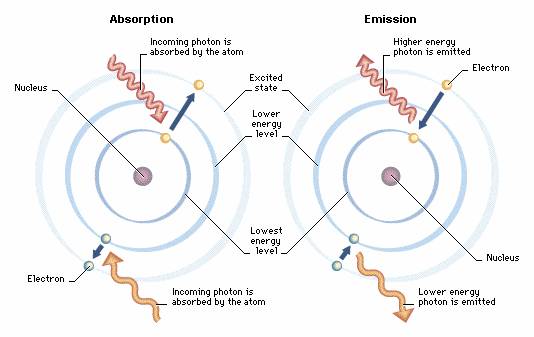 Planck wrote a mathematical equation involving a figure to represent these individual units of energy, which he called quanta. The equation explained the phenomenon very well; Planck found that at certain discrete temperature levels (exact multiples of a basic minimum value), energy from a glowing body will occupy different areas of the colour spectrum. Planck assumed there was a theory yet to emerge from the discovery of quanta, but, in fact, their very existence implied a completely new and fundamental understanding of the laws of nature. Planck won the Nobel Prize in Physics for his theory in 1918, but developments by various scientists over a thirty-year period all contributed to the modern understanding of quantum theory.

The Development of Quantum Theory

The Copenhagen Interpretation and the Many-Worlds Theory

The two major interpretations of quantum theory’s implications for the nature of reality are the Copenhagen interpretation and the many-worlds theory. Niels Bohr proposed the Copenhagen interpretation of the quantum theory, which asserts that a particle is whatever it is measured to be (for example, a wave or a particle), but that it cannot be assumed to have specific properties, or even to exist until it is measured. In short, Bohr was saying that objective reality does not exist. This translates to a principle called superposition that claims that while we do not know what the state of an object is, it is actually in all possible states simultaneously, as long as we don’t look to check.

To illustrate this theory, we can use the famous and somewhat cruel analogy of Schrodinger’s Cat. First, we have a living cat and place it in a thick lead box. At this stage, there is no question that the cat is alive. We then throw in a vial of cyanide and seal the box. We do not know if the cat is alive or if the cyanide capsule has broken and the cat has died. Since we do not know, the cat is both dead and alive, according to quantum law – in a superposition of states. It is only when we break open the box and see what condition the cat is that the superposition is lost, and the cat must be either alive or dead.

The second interpretation of the quantum theory is the many-worlds (or multiverse theory. It holds that as soon as potential exists for an object to be in any state, the universe of that object transmutes into a series of parallel universes equal to the number of possible states in which that the object can exist, with each universe containing a unique single possible state of that object. Furthermore, there is a mechanism for interaction between these universes that somehow permits all states to be accessible in some way and for all possible states to be affected in some manner. Stephen Hawking and the late Richard Feynman are among the scientists who have expressed a preference for the many-worlds theory.

Although scientists throughout the past century have baulked at the implications of quantum theory – Planck and Einstein among them – the theory’s principles have repeatedly been supported by experimentation, even when the scientists were trying to disprove them. Quantum theory and Einstein’s theory of relativity form the basis for modern physics. The principles of quantum physics are being applied in an increasing number of areas, including quantum optics, quantum chemistry, quantum computing, and quantum cryptography.

What Does Quantum Theory Actually Tell Us about Reality?