This unit is about resistance and current in electricity.

A simple electrical circuit is shown below with a battery connected to a resistor.

A voltmeter is always connected in parallel with the component whose p.d it is supposed to measure. It is constructed with a high resistance so that current does not pass through it.

The ammeter is connected in series with a component whose current is required. It should have low resistance compared with the rest of the circuit so that it does not introduce unwanted resistance.

The coulomb is the unit of quantity of electricity.

The coulomb is the quantity of electricity that passes any point in an electrical circuit in one second when a steady current flowing through it is one ampere.

The volt is the potential difference between two points if the work done to transfer one coulomb of charge from one point to the other is one joule.

We think of p.d as being the electrical condition which governs the direction of flow of electricity from one point to another.

The potential difference between two points is the work done in moving one coulomb of positive charge from one point to the other.

The earth is considered to be at zero potential. This does not mean the earth has no electrical charge. All points on its surface are at the same potential.

The electromotive force is defined as the total work done per coulomb of electricity conveyed in a circuit in which the cell is connected.

RESISTANCE
The resistance of a conductor is the ratio of the potential difference across it to the current flowing through it.

Resistance of a conductor such as a wire depends on its length, cross-sectional area and material from which it is made.

Silver offers least resistance to current flow but is expensive, so copper is preferred in making wires for electrical conduction. 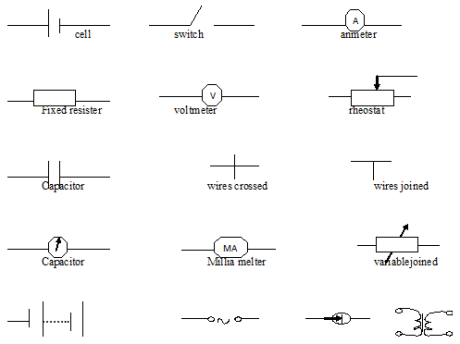 Effect of temperature on resistance

Factors affecting the resistance of a wire at constant temperature

The three factors can be expressed in form of an equation

The quantity is called the resistivity of a material of the wire.

Units of p are Ωm. It is also a constant.

THIS VIDEO SHOWS YOU MORE ABOUT CURRENT

The current passing through a conductor at constant temperature is proportional to the potential difference between its ends.

The ohm is the resistance of a conductor such that when a potential difference of one
volt is applied to its ends current of one ampere flows through it.

The resistors are connected end to end.

The same current flows through all of them.

Where R is the total resistance

Resistors are said to be in parallel when their corresponding ends are joined together.

The same p.d is thus applied to each. 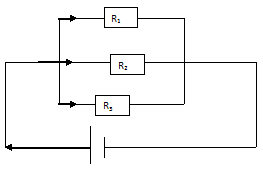 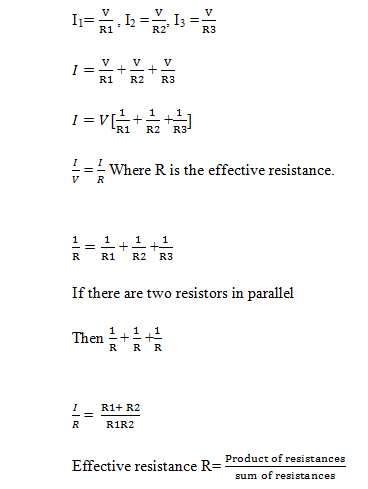 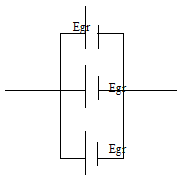 If the cells have equal emf and internal resistance the resultant emf is the same as that of one cell.

The internal resistance is obtained using expression for resistors in parallel.

Advantage of connecting cells in parallel

An experiment to measure the internal resistance of a cell

Connect a high resistance voltmeter, to the cell terminals and record its reading as E.

Connect the cell to a resistance box and voltmeter as shown.

Note the voltmeter reading when the resistance R is adjusted to lΩ,2Ω,3Ω,4Ω

The average value of r is then calculated and that is the internal resistance of the cell.

When a cell has got internal resistance, P.d is required to drive a current through the cell itself this p.d is called the lost volts.

‘Lost volts’ is the potential difference required to drive a current across the terminals of a cell that has got internal resistance.

It is the potential difference required to send the current through the external resistor. Terminal p.d is always less than the emf and the difference between them is the ‘lost volts’. 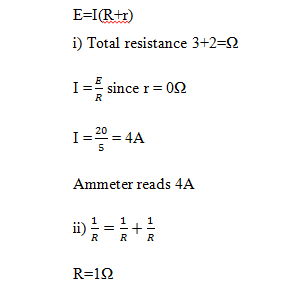 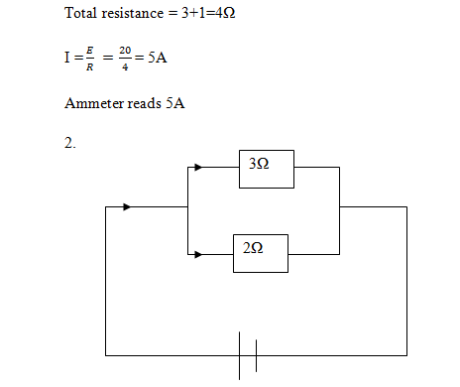 A cell C supplies current to the 3Ω and 2Ω resistors as shown. The current in the 3Ω resistor is 1.2A. Find