This unit is about work, power and machines and how they are measured.

This is defined as the capacity to do work. The units for energy are Joules [J]

Chemical energy stored in coal, gas and oil can be released inform of heat when burned e.g. the food we eat has chemical energy in it. This energy is released by chemical reaction so that the body can utilize it.

Electricity is also another form of energy

This is the energy a body possesses by virtue of its motion.

Work = force x distance moved in the direction of force the s.1 unit of work is the joule

The joule is the work done when the point of application of a force of 1N moves through 1m in the direction of the force.

Interchange of energy between potential and kinetic energy

As a pendulum oscillates its energy can be either kinetic energy or potential energy or both. 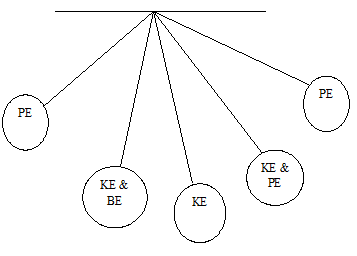 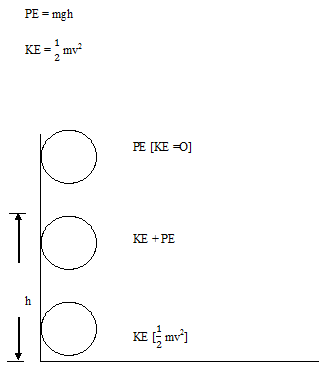 The law of conservation

It states that energy cannot be created or destroyed but can be changed from one form to another e.g. potential energy to kinetic energy, electrical to heat energy.[ in iron and cookers] light energy to chemical energy in plants.

The s.1 unit is a watt or joules/ sec

Definition of a watt

This refers to the heat obtained from fuel such as wood, cool, oil, gas etc. it is used to generate other forms of energy, heat from chemical to light

Concave mirrors collect sunrays and focus them on to special steam boilets which provide the mechanical force to run generators.

This is obtained from cow dung that is organic plant and animal wastes.

The s.1 unit for effort /load is the Newton [ N] example of machines include;-

Machines simply work by one or more of the following ways;-

Mechanical advantage [MA]. This is ratio of load to effort and has no units

Efficiency of a machine [J]. This is the ratio of the useful output of a machine to the work input expressed as percentage 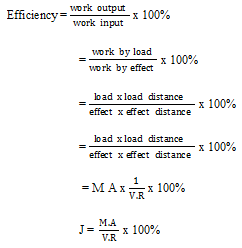 This is a device of [machine] that consists of a rigid body pivoted at a point called full Crum. [It is any device which can turn about a fulcrum]

These were the fulcrum is found between the load and the effort e.g. the crowbar 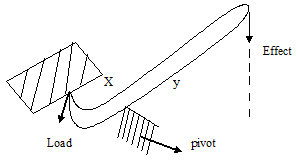 X and y are perpendicular distance of the load and effect from the pivot respectively. Taking moments about a fulcrum;-

These were the load is in between the fulcrum and the effort e.g. wheel barrow and nutcracker. 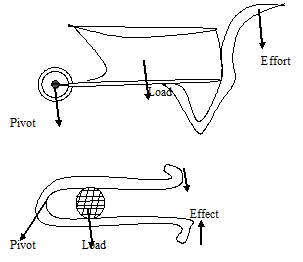 This is where the effort is in between the pivot and the load e.g. tongs, tweezers.

A pulley is a wheel with a grooved rim. Pulleys are used in lifting heavy loads to higher positions. They are also used in cranes to off load heavy cargo from ships and in dock yards. 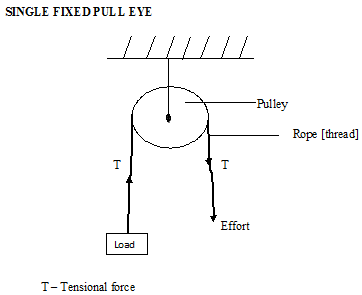 A single fixed pulley is used to raise small loads to the top of a building during construction. When we neglect the weight of the rope and a friction, the load is therefore equal to the one. Since the distances moved by the effort and load are the same then V.R = 1. Therefore efficiency is 100%.

Maximum mechanical advantage implies that we obtain greater convenience and ease of being able to stand on the ground and pull the rope down wards, instead of pulling upwards from the top of the building

The velocity ration is equal to the number of pulleys used or no of strings supporting the load. 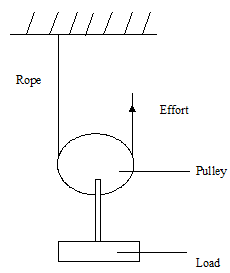 A block is the name given to two or more pulleys that are filled on the same frame.

A block and tackle consists of two sections of pulleys that form the upper and lower blocks. This arrangement of pulleys is used to achieve a higher velocity ratio and mechanical advantages. The upper blocks are fixed while the lower blocks are movable.

If the number of pulleys is odd, the string is attached or tied to the lower movable block, however if the number is attacked to the upper fixed blocks. 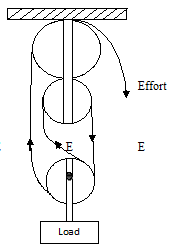 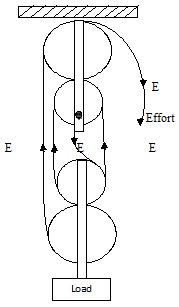 AN EXPERIMENT ILLUSTRATES FLOW A4. A AND EFFICIENCY OF PULLEY VARY WITH THE LOAD 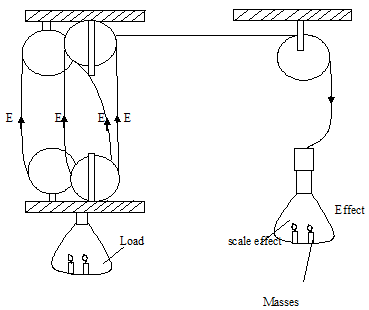 An initial small mass is added to the load pan and further are then added to the effort pan until the load just rises slowly with a steady velocity. The experiment is repeated with different loads and the results are recorded in a table as shown below. 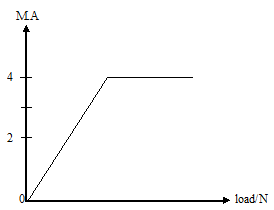 M.A increases with the load until value of 4 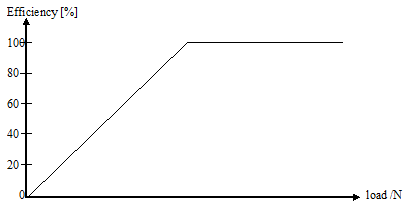 Efficiency increases with the load until 100%

Weight of the string depends on the distance between the pulley and the blocks but the weight of the lower remains constant.

The friction varies with load and becomes smaller as the load increases i.e. when the load is small work done due to the weight of the movable parts, a ropes/strings and friction is proportionally high.

But as the total load increases the work done to overcome friction and load becomes smaller and so mechanical advantage increases. The efficiency also increases with the load for the same reasons.

The efficiency of any machine e.g. pulley is never 100 efficient because;-

A block and tackle has three pulleys in the upper fixed block and 2 in the lower movable rock.

What load can be lifted by an effort of 200N, if the efficiency of the system is 60%? 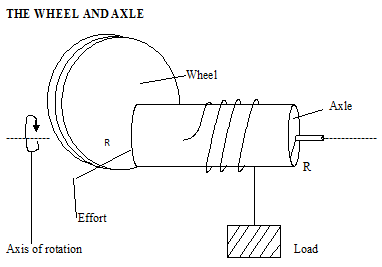 Advantages of the wheel and axle

A small force is applied at the wheel to overcome a large load placed at the axle.

Wheel and axle systems are widely used in gear boxes

These are commonly found in clocks, watches and cars 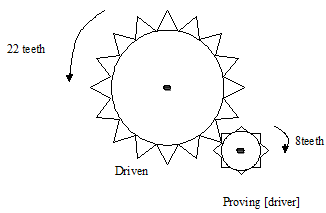 The gear system consists of two wheels or more. That turns in opposite direction. They carry projection called teeth that inter log and courses the opposite motion. The wheel that carries the effort is called the driving gear while the wheel that carries the load is called the driven greater. The V.R.O this system depends on the number of teeth on these gears and is defined as follows. 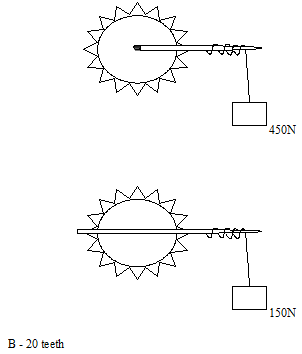 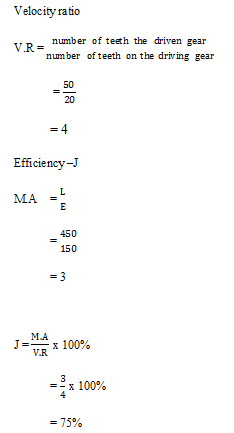 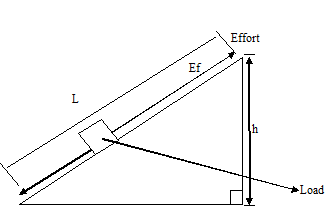 An inclined plane is used for raising a heavy load through some height more conveniently as compared to lifting the load, vertically upward. If the length of the inclined is L and the height through which the load is raises is h. Then;-

M.A is determined by using the principle of conservation of energy thus if the inclined plane is smooth, then work done on load is equal to work done on the effort.

M.A = V.R is true if the plane is a perfect included plane.

That includes; the screw/car jerk, the screw driver, the borer, the G. glides, the clump e.t.c

Have a section that contains threads which acts on the load and a rod on which the effort is applied. 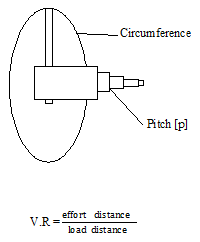 THIS VIDEO EXPLAINS MORE ABOUT WORK, POWER AND ENERGY.