This unit is about Parallel forces and the center of Gravity.

Also the sum of clock wise moments must be equal to the sum of the anti clockwise moments. This implies that the resultant moment on the body is zero.

THIS VIDEO IS ABOUT PARALLEL FORCES

A rod of mass 0.2kg and length 2m is supported by spraining. The 3 forces are hung on the point of the rod shown below.

Find the forces Ra and Rb 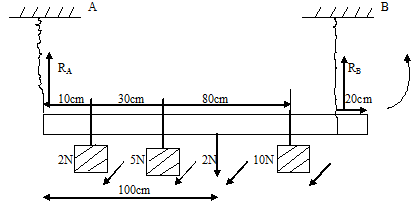 Take moments about A, such that RA is temporarily ignored

In the figures below, distance AC = CB, calculate in each case the force X with which the system will keep stationary. 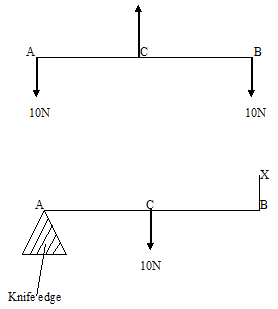 A pair of parallel forces that are equal but opposite and acting on either sides of a pivot is called a couple e.g. turning a top or a steering wheel of a vehicle. The turning effect produced by a couple is called the torques.

The torque is often called the moment or the couple and is noted by this letter J [tau]. The tongue [tau] is the product of one of the couple and the perpendicular distance between them. 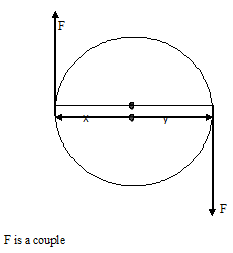 The centre of gravity of a body is defined as the point of application of resultant force on the body, due to the earth’s attraction on it.

The centre of gravity is therefore a point on a body where the body’s resultant weight acts. 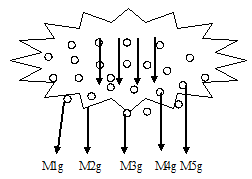 The centre of gravity of a uniform meter rule is at the 50cm mark. This can be shown by balancing a meter rule over a knife edge.

For a rectangular or square shaped uniform body the centre of gravity is at point were the diagonals meet.

For a uniform circular object, the centre of gravity is at the intersection of the line of symmetry.

A centre of gravity of a uniform triangular lamina. 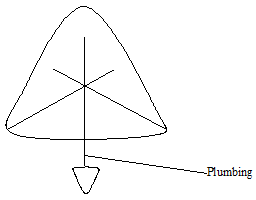 The following procedure is followed;-

At the 3 hole should be made at the edges of a triangular body and the body should be suspended from one of the holes on2 a clump.

From this same suspension point a plumb line should be hanging and its vertical position along the body is suspended from the other remaining holes. The point of intersection of the lines that trace the position of the plumb line is the centre of gravity of this body.

For example a uniform disk

The following conditions should be satisfied by a body in equilibrium;-

The centre of gravity of a body and the moment of its weight determine its equilibrium.

If a body is slightly displaced, the body does not fall but rolls. The centre of gravity does not change during displacement and hence no development of resultant movement and the body is always in equilibrium. 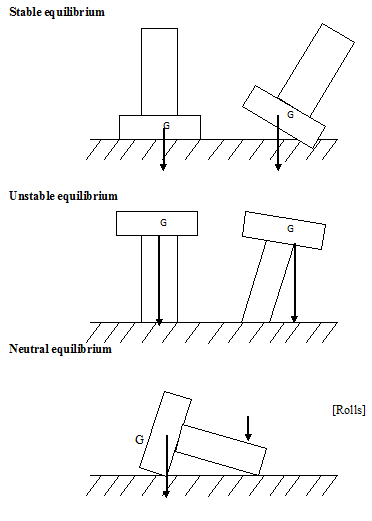 THIS VIDEO IS ABOUT THE CENTRE OF GRAVITY

Otherwise the body will remain stable when displaced.

Hence the stability of a body is increased by;-

Applications of stability and equilibrium