BIO6: General Principles of reception and response in animals

This unit explains general Principles of reception and response in animals

Animal behaviour is controlled by a nervous system, which is comprised of special nerve cells called neurons. The nervous system operates according to the same general principles in all types of animals. The nervous system is stimulated from the environment, through sensory receptors. A stimulus is any form of energy that can be detected by the body. A signal is the physical coding of information (e.g., a message) capable of transmission through environment. Sensory processing includes all central acts of information processing, which link the initial stages of sensory reception with the creation of subjective sensory perception.Animals normally only respond to stimuli which they select; they filter out certain stimuli that surround them, and react to others they choose to accept. 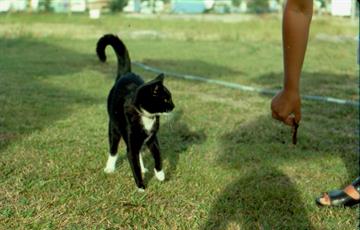 The reaction to a stimulus frequently depends upon the context: the various components that make up the environment and the overall situation in which the animal finds itself. It is well recognized that the same stimuli can cause different responses in the same animal. Learning and experience together affect the animal’s ability to assess the setting in which stimuli are received and vary responses through cognitive processes.

There are many situations though where the context or setting is relatively unimportant. These types of stimuli are called “symbols”, “releasers” or “behavioural signs”. Such stimuli will “release” or trigger more or less predictable, pre-programmed behaviours.

Example: Young herring gulls peck at a red spot on their parents’ bill when they seek food.  Experiments have shown the same birds will peck at a red spot on a cardboard model when the cardboard is roughly shaped like a bill. Auditory symbols are common in many types of mammals and birds and act as specific “releasers” for a range of social behaviours including courtship and mating. The setting or context is obviously very different, but the behaviour remains unchanged.

Imprinting is a dramatic example of the way “releasers” work. Many types of birds develop a strong bond to a mother; demonstrated by a “following” response. Note how ducklings follow the mother duck. This type of imprinting of birds happens during a critical period after hatching, in response to specific releaser stimuli from the mother. The releaser stimuli may include both the visual appearance and the movements undertaken by the mother. Experiments have shown that “imprinting” can still happen when the biological mother is not involved, if appropriate releaser stimuli are reproduced during the critical time frame. Imprinting is also highly resistant to extinction or reversal and has a profound and lasting effect on later social behaviour with respect to the stimulus objects

Negative imprinting is a phenomenon by which young animals and birds learn to avoid mating with those that they have been raised with.  Other methods of ‘inbreeding avoidance’ include dispersion, where the young leave the nest or home and out breeding.

Releaser stimuli can also originate inside the animal (e.g. in mammals, a low sugar concentration in the blood will stimulate a “hunger” response in the brain).

Stimuli can be of many types: 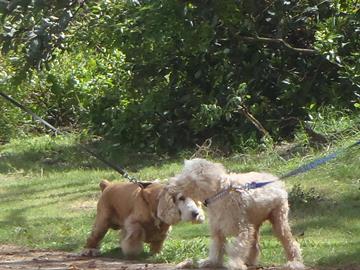 Behaviour is affected by the action of both glands and muscles. Glands produce substances that affect behaviour (eg. communication between animals, protection against predators etc). Muscles produce movement.

With invertebrates, the nervous system varies from simple to more complex groups of animals. The endocrine system in vertebrates produces hormones, some of which are important in behaviour. Hormones can effect behaviour through direct action on the brain; by affecting peripheral organs (eg. sex organs), or by influencing the production of secondary hormones.

This refers to the sensitivity of nerve endings to temperature. The mechanism is similar to chemoreception; but has not been studied and understood as extensively as chemoreception. Birds are thought to have relatively few thermo-receptors compared with mammals.  Birds do have thermo-receptors on their beak & tongue though. Many reptiles have well developed thermo-receptors, both on the skin, and even in their brain. Some snakes hunt their prey using body heat. Heat travels through the atmosphere as infra-red (long wavelength) electromagnetic radiation, and is detected by cells sensitive to changes in temperature. Heat receptors are generally deeper in the body than cold receptors.

This is the ability to identify and detect concentrations of chemical substances.

Virtually every nerve cell is a “chemoreceptor” (ie. It reacts to specific substances released by other nerve cells, in a specific way). There are two types of chemo receptors:

These are chemicals excreted by one animal in order to cause a response in another animal. E.g. The silkworm moth produces a polyalcohol chemical (known as bombykol) from its abdominal gland, which attracts males of the species from as much as several kilometres away. Research has found that the organic chemical for each pheromone varies tremendously depending on what signal it entails.

Mammals in general can detect four basic tastes: acid, bitter, salt and sweet. In a human, different parts of the tongue are affected by different tastes. The flavour of food depends upon both taste and smell.

Vision in primitive animals might be little more than the simple discrimination of light or darkness. In more complex animals, vision is however increasingly complex, allowing identification, formation and resolution of images and colours. Sensory judgement in more complex animals (eg. mammals) depends upon not only differentiating perceived images, but also the ability to be selective in what is seen (ie. separating the signal from noise).