FUNDAMENTAL PARTICLES OF THE ATOM AND RADIOACTIVITY 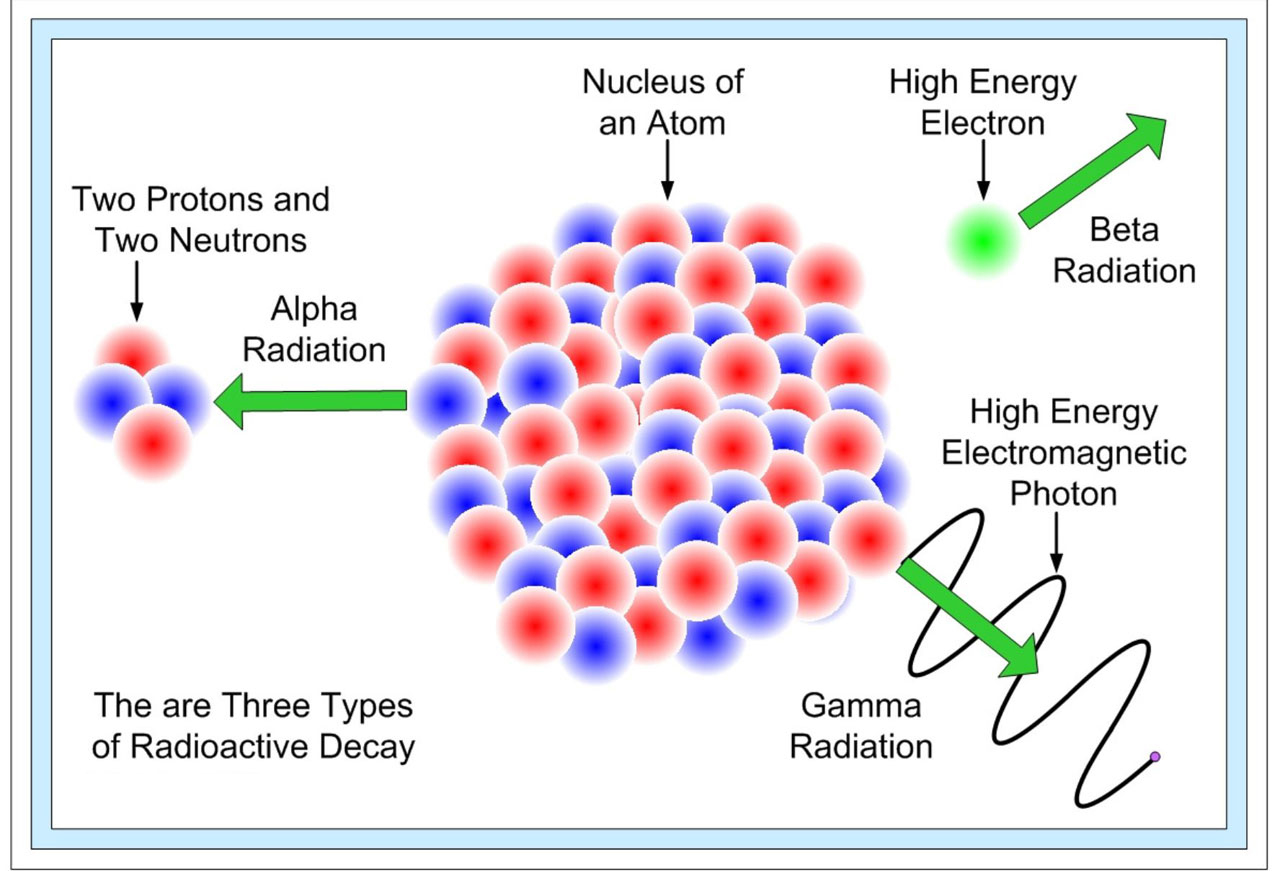 But some nuclei are unstable. An unstable nucleus is one that undergoes some internal change spontaneously. In this change, the nucleus gives off a subatomic particle, or a burst of energy, or both.

As an example, an isotope of carbon, carbon-14, has a nucleus consisting of six protons and eight (rather than six) neutrons. A nucleus that gives off a particle or energy is said to undergo radioactive decay, or just decay.

Scientists are not entirely clear as to what makes a nucleus unstable. It seems that some nuclei contain an excess number of protons or neutrons or an excess amount of energy. These nuclei restore what must for them be a proper balance of protons, neutrons, and energy by giving off a subatomic particle or a burst of energy.

In this process, the nucleus changes its composition and may actually become a different nucleus entirely. For example, in its attempt to achieve stability, a carbon-14 nucleus gives off a beta particle.

Alpha (a) decay occurs when the neutron to proton ratio is too low. Alpha decay emits an alpha particle, which consists of two protons and two neutrons.

After the emission of an a particle, the daughter product remaining, will be reduced by 4 in its mass number, and 2 in its atomic number, as could be verified in the examples above.

Beta (b–) decay occurs when the neutron to proton ratio is too high. The radioactive nucleus emits a beta particle, which is essentially an electron, in order to bring this to a more favourable ratio.

In b emission, the neutron to proton ratio is reduced by converting a neutron into proton as:

Gamma (g) rays are not particulate radiation like the alpha and beta, but a form of high-energy electromagnetic wave.

Emission of γ-rays doesn’t change the Mass number nor Atomic number. If an atom is in exited state it comes to stable state by emitting a γ radiation.

Usually after α or β decay, the product nucleus is formed in an excited state and it reaches a stable state after γ emission.

LEARNING ALL ABOUT RADIOACTIVITY