the limit of the function at a point

be a function defined over some interval containing

, except that it
may not be defined at that point.
We say that,

if there is a number

The concept of limit is explained graphically in the following image – 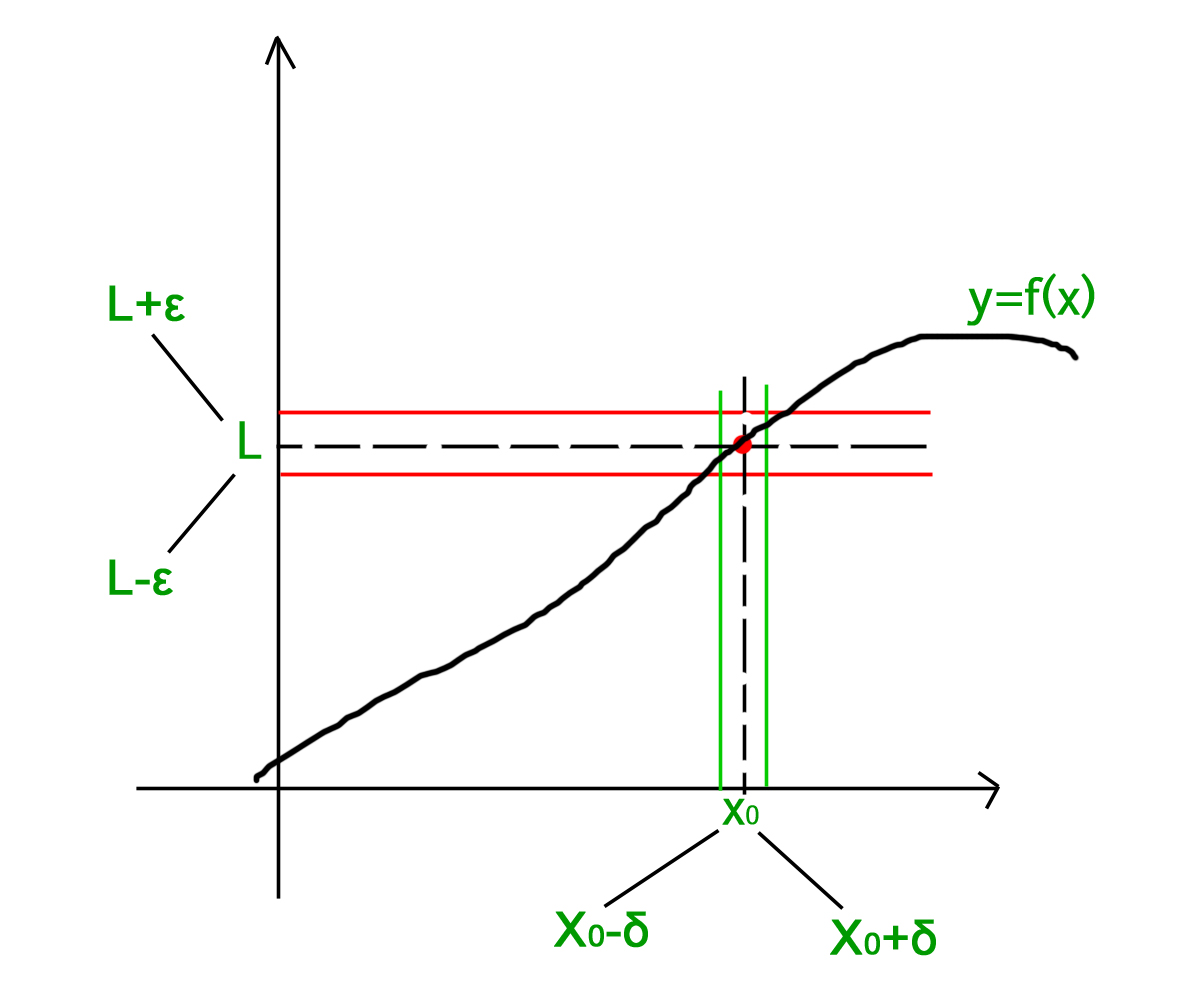 . Using this criteria there are two types of limits –
Left Hand Limit – If the limit is defined in terms of a number which is less than

then the limit is said to be the left hand limit. It is denoted as

which is equivalent to

.
Right Hand Limit – If the limit is defined in terms of a number which is greater than

then the limit is said to be the right hand limit. It is denoted as

which is equivalent to

Existence of Limit – The limit of a function

L’Hospital Rule –
If the given limit

is of the form

.
If after differentitating, the form still exists, then the rule can be applied continuously until the form is changed.

A function is said to be continuous over a range if it’s graph is a single unbroken curve.
Formally,
A real valued function

is said to be continuous at a point

in the domain if –

exists and is equal to

Functions that are not continuous are said to be discontinuous.

The derivative of a real valued function

and is defined as –

A function is said to be differentiable if the derivative of the function exists at all points of its domain. For checking the differentiability of a function at point

but it is not differentiable at that point.

Practicing the following questions will help you test your knowledge. All questions have been asked in GATE in previous years or in GATE Mock Tests. It is highly recommended that you practice them.