Noble gases have full outer most shell e.g. Argo.2:8:8, Neon 2:8. They is stable therefore don’t read with other elements. Element which  don’t  have  full  sets  of  element  in  the  outer  most  shells  are  unstable e.g. sodium (Na)2,8,1. These elements  attains  stable noble gas  structure  by  combing  with   others  elements  from  or molecules. There   are two main types   of bonding i.e.

The chloride atom requires only 1 electron to form stable noble gas structure. The magnesium atoms have 2 electrons in its outermost shell to donate. Therefore, one magnesium atoms transfers two electrons, each to one atom to form magnesium chloride.

The calcium atoms donates 2 electrons to the oxygen atoms to form 1 calcium ion, Ca2+ and 02-

Ionic compound are non-conductors of electricity in the solid form. This is because in  the  solid  the ions are immobile.

Parts of the sodium chloride are crystal  Ag98

The pairs of electrons shared are called electron bond pair.

Each valence line represents one pair of share electrons.

Each chlorine atom requires one electron to form stable Nobolegas structure. The 2 atoms combine by sharing one electron pair to form a chlorine molecule.

In the formation of the oxygen molecule, 2 electrons combine by sharing 2 electrons pairs to form a double bond.

The triple bond formed is very strong and is not easy to break. This explains why Nitrogen is not very reactive.

Pair of electrons in the outer most shell, which isn’t used 4 bonding.

A substance that conducts electricity in molten or aqueous solution and is decomposed by the current e.g. table salt. (sodium chloride)

A substance which doesn’t conduct electricity in molten form and aqueous solution.

Pure metals are made up of atoms of the same kind. A metal consist of positively charged ions surrounded by a cloud of valency electrons which are free to move about within the solid.

The electrostatic attractions, bind the entire crystals a single unit. This is illustrated in figure.

Due to presence of delocalized of electricity and heat. Metal generally have high densities because the ions are classily parked in the lattice because of strong bonds between the ions , caused by free electrons the melting points of most metal are high.

There are different types of structures found in pure materials

This contains separate gas of atoms called molecule. The atoms in a molecule are tightly held together by solvent bond s, but the forces between the molecules are very weak.

Molecule structure is divided into 2 gases.

These consist of large molecules and therefore they are solids with high melting points e.g. silicon dioxide. 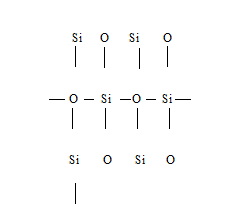 Structure with molecule structures doesn’t conduct electricity because they don’t have free electrons or ions.

– They are usually insoluble in water but dissolve in non polar solvents.

-Substances with giant molecule structures have both high melting and boiling points.

In such structures; covalent bonding links the atoms into a network of atoms against structure of atoms.

Carbon has the ability to form a giant atomic structure e.g. Graphite and diamond. 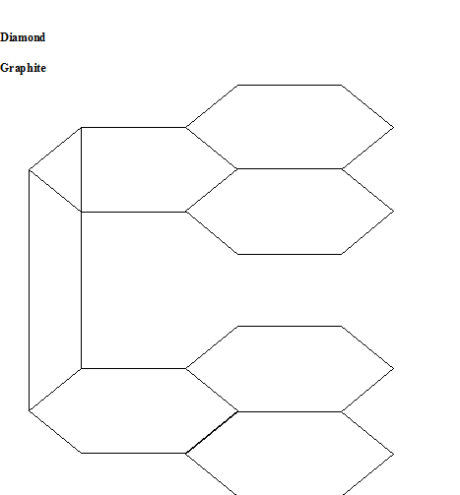 These consist of many oppositely charged ions held 2gether by electrostatic attraction e.g. sodium chloride. In sodium chloride; each sodium ion has 6 equidistant chloride ions around it arranged, artachedrally. Also each chloride ion has 6 equidistant sodium ions around it. Also arranged actahedraliu as shown in figure 8.4 pg 48 Atkinson 4th editions.

Structure with giant ionic structure have high melting point because a large amount of heat energy is need to break the structure due to the strong electrostatic forces between ions.

Metals consist of metallic structure accepts mercury which is a liquid. They have high melting points and electricity

Valency or combining No

The valency or combing number is the measure of power of a nelentent or radical to combine with others.

Hgdrogen is the standard and it has the valency of /

The valency of an element /radical is number of hydrogen atoms which combine with / displace one atom of an element. (One group of the radical)

We use symbols, radical and valencies 2 write formulae of the compounds.

The rules are as follows. E.g

Write the symbols for elements and radicals.

Write the valency below the symbols

Write the symbols again reversing the valencies and writing the numbers (but not 1) below and to the right.

Write chemical formulae for the following.

Write the symbols of the following

One molecule of chloride