A mixture is a substance containing two or more substances that are not chemically combined.

If a mixture is separated by any of the above methods, a pure substance can be got.

What is the chemical nature of the pure substance obtained?

They are either elements or compound.

What is an element?

Is a substance which cannot be split up into simple substances by chemical means?

An element contains only one kind of atoms.

An atom is the smallest part of an element which can take part in a chemical reaction. An atom and therefore an element is represented by symbol. A symbol is a letter or two which represent an atom of an element.

When two letter represent a symbol the first one is a capital letter and the other a small letter for example Cl for chlorine, calcium          Ca.

What is a compound?

A compound is substance containing two or more elements that are chemically combined in definite ratio. 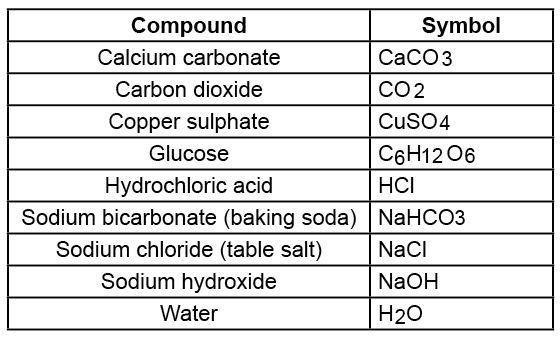 Water      H2O that is Hydrogen and Oxygen

What is a formula?

A formula is a combination of symbols and numbers. It shows the elements and ratio they combine to form a molecule of a compound.

What is a molecule?

A molecule is the smallest particle of an element or compound which can exist in a free or separate state. Oxygen, Carbon oxide

Is water a mixture or a compound give reason for your answer?

What is a physical change?

Is the change where no new substance formed?

A change in which a new substance is formed

Investigating the effort different between mixtures and compounds

-Some of the mixture was heated in a test tube it turned dark and started glowing red hot. Another mixture was got and water was added.

-A magnet was passed over the mixture

Investigating the effect of heat on substance? 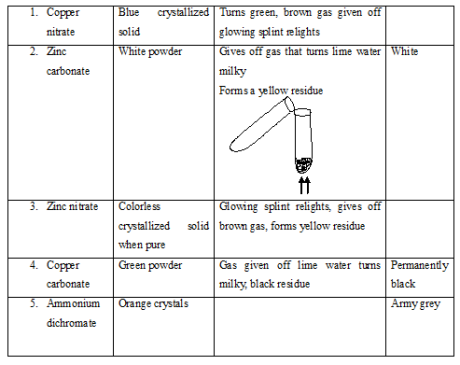 When heated some substances do not change at all, others temporality and reverse to the original while others change permanently. Those which don’t change at all are not affected by heat e.g. potassium chloride. Those which change temporarily are said to undergo a physical change. For example Sulphur, Iodine

In everyday life physical and chemical changes occur even when no heating has been done e.g. rusting, melting ice. 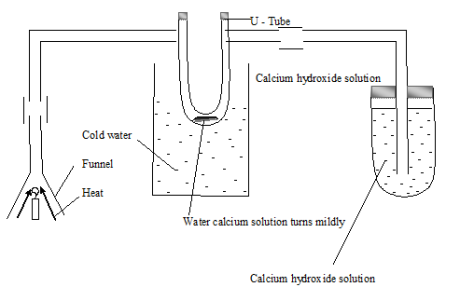 Is a candle burning in air a chemical or physical change? 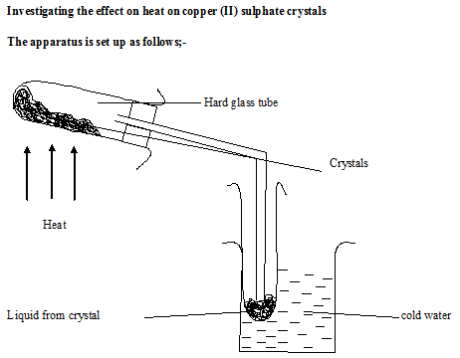 Water of crystallization is a definite amount of water with which some substances chemically combine to form crystals.

Anhydrous copper (II) sulphate is used to detect the presence of water.