This unit explains Capacitors in Physics

Nearly everyone is familiar with the static charge generated by friction — a phenomenon formally known as triboelectricity. Walking across a carpeted floor, combing one’s hair on a dry day, or pulling the transparent tape off a roll all result in the separation of small amounts of positive and negative charge.

The earliest known written account of charging by friction goes back as far as the Sixth Century BCE when the Greek scientist Thales of Miletus (635–543 BCE) noted that amber rubbed with animal fur acquired the ability to pick up small bits of material. 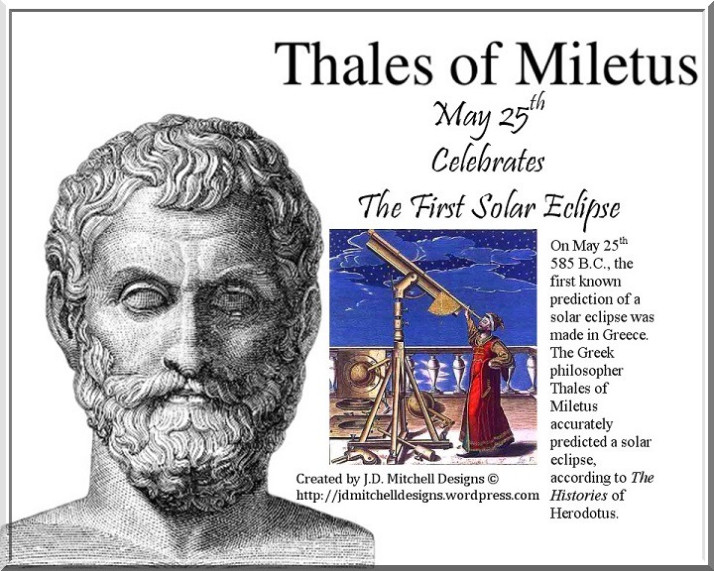 For roughly the next 2300 years, wherever electricity was studied, somebody had to take two different materials and rub them together to create separated islands of positive and negative charge.

Fast forward to Eighteenth-Century Europe, an era known as the Enlightenment, a time and place characterized by the expansion of culture and the acquisition of knowledge. Among the empowered and educated classes of the Enlightenment, science was a fashionable pursuit and lectures on scientific subjects were well attended. Those given by electricians were among the most popular. (The word electrician originally referred to a person knowledgeable in the nature of static electricity.) Electricity was a hot topic in the Eighteenth Century and much exploration was being done with electrostatic machines that generated a charge by friction.

The first device for storing charge was discovered in the winter of 1745–46 by two electricians working independently: Ewald von Kleist (1715–1759), dean of the cathedral at Kammin, Prussia (now Kamień, Poland), and Pieter van Musschenbroek (1692–1761), professor of mathematics and physics at the University of Leyden in Holland (now spelled Leiden).

The device built by von Kleist consisted of a medicine bottle partly filled with water and sealed with a cork. A nail was pushed through the cork and into the water. Holding the bottle in one hand, the nail was then brought in contact with the terminal of an electrostatic machine allowed to acquire some charge.

When von Kleist reached for the nail to remove it from the stopper while still holding the bottle the separated charges were able to reunite by flowing through his body. Van Musschenbroek’s device and experiences with it were almost the same as von Kleist’s, but with three major exceptions. First, a visiting student Andreas Cunæus (1712–1788) made the shocking discovery not van Musschenbroek himself; second, he made many improvements to the device (most importantly, removing the water and wrapping the inside and outside of the jar with metallic foil); and third, he wrote his colleagues to tell them all about it.

A capacitor is a device used to store electrical charge and electrical energy. It consists of at least two electrical conductors separated by a distance. (Note that such electrical conductors are sometimes referred to as “electrodes,” but more correctly, they are “capacitor plates.”) The space between capacitors may simply be a vacuum, and, in that case, a capacitor is then known as a “vacuum capacitor.” However, the space is usually filled with an insulating material known as a dielectric. (You will learn more about dielectrics in the sections on dielectrics later in this chapter.) The amount of storage in a capacitor is determined by a property called capacitance, which you will learn more about a bit later in this section.

Capacitors have applications ranging from filtering static from radio reception to energy storage in heart defibrillators. Typically, commercial capacitors have two conducting parts close to one another but not touching, such as those in Figure \(\PageIndex{1}\). Most of the time, a dielectric is used between the two plates. When battery terminals are connected to an initially uncharged capacitor, the battery potential moves a small amount of charge of magnitude \(Q\) from the positive plate to the negative plate. The capacitor remains neutral overall, but with charges \(+Q\) and \(-Q\) residing on opposite plates.

A system composed of two identical parallel-conducting plates separated by a distance is called a parallel-plate capacitor. The magnitude of the electrical field in the space between the parallel plates is \(E = \sigma/\epsilon_0\), where \(\sigma\) denotes the surface charge density on one plate (recall that \(\sigma\) is the charge Q per the surface area A). Thus, the magnitude of the field is directly proportional to Q.

Capacitors with different physical characteristics (such as shape and size of their plates) store different amounts of charge for the same applied voltage \(V\) across their plates. The capacitance \(C\) of a capacitor is defined as the ratio of the maximum charge \(Q\) that can be stored in a capacitor to the applied voltage \(V\) across its plates. In other words, capacitance is the largest amount of charge per volt that can be stored on the device:

Assuming the plates are large enough so that the E field between them is uniform and directed perpendicular, then applying Gauss’s Law over surface S1 we find,

where A is the area of S1 perpendicular to the E field and σ is the surface charge density on the plate (assumed uniform).  Therefore,

everywhere between the plates.

where A and B are points, one on each plate, and we integrate along an E field line, d is the plate separation, A the plate area and q the total charge on either plate. 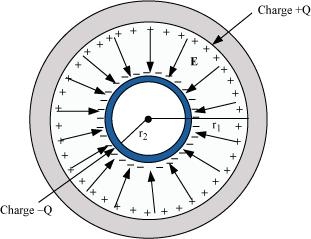 which is equal to the stored electrical potential energy, U.

(Ad) is the volume between the plates, therefore we define the energy density,

It is common to find multiple combinations of capacitors in electrical circuits.  In the simplest situations capacitors can be considered to be connected in series or in parallel.

In this situation, using the fact that V = V1 + V2 +V3  we can show that, as far as the voltage source is concerned, the capacitors can be replaced by a single “equivalent” capacitor Ceq  given by,

For capacitors connected in parallel it is the voltage which is same for each capacitor, the charge being different.

Using the fact that QTotal= Q1 + Q2 + Q3 we can show that the equivalent capacitor, Ceq  is given by,