Under this unit we are looking at nutrients and their different types as we are going to see.

Nutrients are the nutritious components in foods that an organism utilizes to survive and grow. Macro-nutrients provide the bulk energy for an organism’s metabolic system to function, while micro-nutrients provide the necessary co-factors for metabolism to be carried out. Both types of nutrients can be acquired from the environment. They are used to build and repair tissues, regulate body processes, and are converted to and used for energy. Methods for nutrient intake are different for plants and animals. Plants take in nutrients directly from the soil through their roots and from the atmosphere through their leaves. Animals and protists have specialized digestive systems that work to break down macro-nutrients for energy and utilize micro nutrients to carry out both metabolism and anabolism or constructive synthesis in the body. 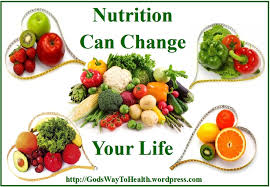 Organic nutrients include carbohydrates, fats, proteins (or their building blocks, amino acids), and vitamins. Inorganic chemical compounds such as dietary minerals, water, and oxygen may also be considered nutrients. A nutrient is said to be “essential” if it must be obtained from an external source, either because the organism cannot synthesize it or produces insufficient quantities. Nutrients needed in very small amounts are micro-nutrients and those that are needed in larger quantities are called macro-nutrients. The effects of nutrients are dose-dependent and shortages are called deficiencies. 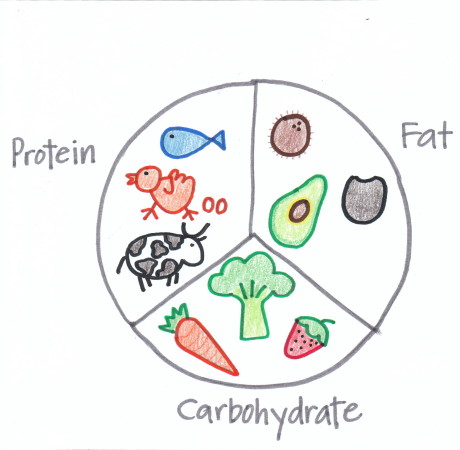 Plants absorb nutrients from the soil or the atmosphere, or from water (mainly aquatic plants). An exception are the carnivorous plants, which externally digest nutrients from animals before ingesting them.
This video tells you more about them.


The chemical elements consumed in the greatest quantities by plants are carbon, hydrogen, and oxygen. These are present in the environment in the form of water and carbon dioxide; energy is provided by sunlight. Nitrogen, phosphorus, and sulfur are also needed in relatively large quantities. Together, the “Big Six” are the elemental macro-nutrients for all organisms, often represented by the acronym CHNOPS. Usually they are sourced from inorganic (e.g. carbon dioxide, water, nitrate, phosphate, sulfate) or organic (e.g. carbohydrates, lipids, proteins) compounds, although elemental diatomic molecules of nitrogen and (especially) oxygen are often used.

Other chemical elements are also necessary to carry out various life processes and build structures;

Some of these are considered macro-nutrients in certain organisms. The mnemonic C. HOPKN’S CaFe Mg (to be used as C. Hopkins coffee mug) is used by some students to remember the list as: carbon, hydrogen, oxygen, phosphorus, potassium, nitrogen, sulfur, calcium, iron, and magnesium. Silicon, chloride, sodium, copper, zinc, and molybdenum are sometimes also included, but are in other cases considered micro-nutrients.

For humans, these include essential fatty acids, essential amino acids, vitamins, and certain dietary minerals. Oxygen and water are also essential for human survival, but are generally not considered “food” when consumed in isolation.

Humans can derive energy from a wide variety of fats, carbohydrates, proteins, and ethanol, and can synthesize other needed amino acids from the essential nutrients.

Non-essential substances within foods can still have a significant impact on health, whether beneficial or toxic. For example, most dietary fiber is not absorbed by the human digestive tract, but is important in digestion and absorption of otherwise harmful substances. Interest has recently increased in phytochemicals, which include many non-essential substances which may have health benefits.


Nutrient toxicity occurs when an excess of a nutrient does harm to an organism.

In plants five types of deficiency or toxicity symptoms are common:

Oversupply of plant nutrients in the environment can cause excessive plant and algae growth. Eutrophication, as this process is called, may cause imbalances in population numbers and other nutrients that can be harmful to certain species. For example, an algal bloom can deplete the oxygen available for fish to breathe. Causes include water pollution from sewage or runoff from farms (carrying excess agricultural fertilizer). Nitrogen and phosphorus are most commonly the limiting factor in growth, and thus the most likely to trigger eutrophication when introduced artificially.