Genetic engineering, so called genetic modification or genetic manipulation, is the direct manipulation of an organism’s genes using biotechnology. It is a set of technologies used to change the genetic makeup of cells, including the transfer of genes within and across species boundaries to produce improved or novel organisms. 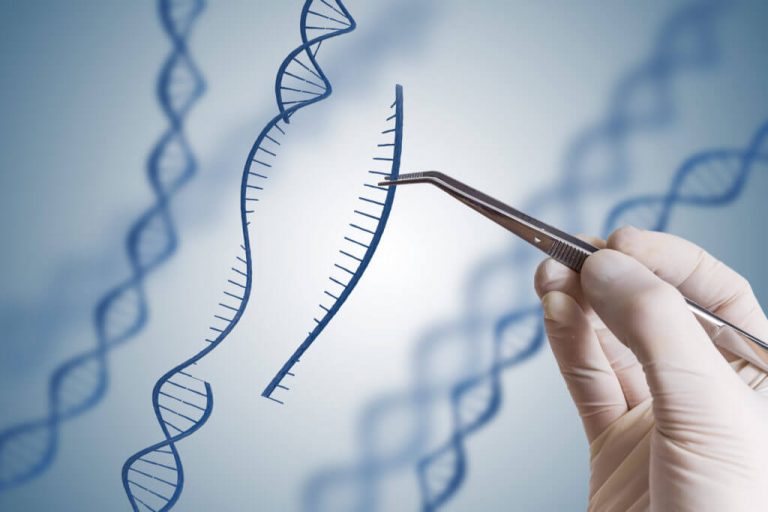 New DNA is obtained by either isolating and copying the genetic material of interest using recombinant DNA methods or by artificially synthesising the DNA. A construct is usually created and used to insert this DNA into the host organism.

As well as inserting genes, the process can be used to remove, or “knock out”, genes. The new DNA can be inserted randomly, or targeted to a specific part of the genome. 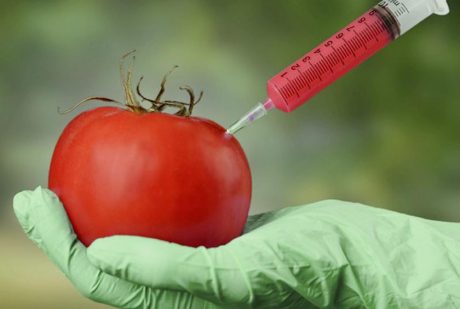 Process of creating a GMO

Creating a GMO is a multi-step process. Genetic engineers must first choose what gene they wish to insert into the organism. This is driven by what the aim is for the resultant organism and is built on earlier research. Genetic screens can be carried out to determine potential genes and further tests then used to identify the best candidates. The development of microarrays, transcriptomics and genome sequencing has made it much easier to find suitable genes. Luck also plays its part; the round-up ready gene was discovered after scientists noticed a bacterium thriving in the presence of the herbicide.

The next step is to isolate the candidate gene. The cell containing the gene is opened and the DNA is purified. The gene is separated by using restriction enzymes to cut the DNA into fragments or polymerase chain reaction (PCR) to amplify up the gene segment. These segments can then be extracted through gel electrophoresis. If the chosen gene or the donor organism’s genome has been well studied it may already be accessible from a genetic library. If the DNA sequence is known, but no copies of the gene are available, it can also be artificially synthesised. Once isolated the gene is ligated into a plasmid that is then inserted into a bacterium. The plasmid is replicated when the bacteria divide, ensuring unlimited copies of the gene are available.

Before the gene is inserted into the target organism it must be combined with other genetic elements. These include a promoter and terminator region, which initiate and end transcription. A selectable marker gene is added, which in most cases confers antibiotic resistance, so researchers can easily determine which cells have been successfully transformed. The gene can also be modified at this stage for better expression or effectiveness. These manipulations are carried out using recombinant DNA techniques, such as restriction digests, ligations and molecular cloning.

Inserting DNA into the host genome

There are a number of techniques available for inserting the gene into the host genome. Some bacteria can naturally take up foreign DNA. This ability can be induced in other bacteria via stress (e.g. thermal or electric shock), which increases the cell membrane’s permeability to DNA; up-taken DNA can either integrate with the genome or exist as extrachromosomal DNA. DNA is generally inserted into animal cells using microinjection, where it can be injected through the cell’s nuclear envelope directly into the nucleus, or through the use of viral vectors.

In plants the DNA is often inserted using Agrobacterium-mediated recombination, taking advantage of the Agrobacteriums T-DNA sequence that allows natural insertion of genetic material into plant cells. Other methods include biolistics, where particles of gold or tungsten are coated with DNA and then shot into young plant cells, and electroporation, which involves using an electric shock to make the cell membrane permeable to plasmid DNA. Due to the damage caused to the cells and DNA the transformation efficiency of biolistics and electroporation is lower than agrobacterial transformation and microinjection.

As only a single cell is transformed with genetic material, the organism must be regenerated from that single cell. In plants this is accomplished through the use of tissue culture. In animals it is necessary to ensure that the inserted DNA is present in the embryonic stem cells. Bacteria consist of a single cell and reproduce clonally so regeneration is not necessary. Selectable markers are used to easily differentiate transformed from untransformed cells. These markers are usually present in the transgenic organism, although a number of strategies have been developed that can remove the selectable marker from the mature transgenic plant.

Further testing using PCR, Southern hybridization, and DNA sequencing is conducted to confirm that an organism contains the new gene. These tests can also confirm the chromosomal location and copy number of the inserted gene. The presence of the gene does not guarantee it will be expressed at appropriate levels in the target tissue so methods that look for and measure the gene products (RNA and protein) are also used. These include

The new genetic material can be inserted randomly within the host genome or targeted to a specific location. The technique of gene targeting uses homologous recombination to make desired changes to a specific endogenous gene. This tends to occur at a relatively low frequency in plants and animals and generally requires the use of selectable markers. The frequency of gene targeting can be greatly enhanced through genome editing. Genome editing uses artificially engineered nucleases that create specific double-stranded breaks at desired locations in the genome, and use the cell’s endogenous mechanisms to repair the induced break by the natural processes of homologous recombination and nonhomologous end-joining. There are four families of engineered nucleases:

TALEN and CRISPR are the two most commonly used and each has its own advantages.TALENs have greater target specificity, while CRISPR is easier to design and more efficient.In addition to enhancing gene targeting, engineered nucleases can be used to introduce mutations at endogenous genes that generate a gene knockout.

Genetic engineering has applications in medicine, research, industry and agriculture and can be used on a wide range of plants, animals and micro organisms. Bacteria, the first organisms to be genetically modified, can have plasmid DNA inserted containing new genes that code for medicines or enzymes that process food and other substrates.Plants have been modified for insect protection, herbicide resistance, virus resistance, enhanced nutrition, tolerance to environmental pressures and the production of edible vaccines. Most commercialised GMOs are insect resistant or herbicide tolerant crop plants. Genetically modified animals have been used for research, model animals and the production of agricultural or pharmaceutical products. The genetically modified animals include animals with genes knocked out, increased susceptibility to disease, hormones for extra growth and the ability to express proteins in their milk.

The first crops to be released commercially on a large scale provided protection from insect pests or tolerance to herbicides. Fungal and virus resistant crops have also been developed or are in development. This make the insect and weed management of crops easier and can indirectly increase crop yield. GM crops that directly improve yield by accelerating growth or making the plant more hardy (by improving salt, cold or drought tolerance) are also under development. In 2016 Salmon have been genetically modified with growth hormones to reach normal adult size much faster.

GMOs have been developed that modify the quality of produce by increasing the nutritional value or providing more industrially useful qualities or quantities. The Amflora potato produces a more industrially useful blend of starches. Soybeans and canola have been genetically modified to produce more healthy oils. The first commercialised GM food was a tomato that had delayed ripening, increasing its shelf life.

Plants and animals have been engineered to produce materials they do not normally make. Pharming uses crops and animals as bioreactors to produce vaccines, drug intermediates, or the drugs themselves; the useful product is purified from the harvest and then used in the standard pharmaceutical production process. Cows and goats have been engineered to express drugs and other proteins in their milk, and in 2009 the FDA approved a drug produced in goat milk.

Genetic engineering has potential applications in conservation and natural area management. Gene transfer through viral vectors has been proposed as a means of controlling invasive species as well as vaccinating threatened fauna from disease.Transgenic trees have been suggested as a way to confer resistance to pathogens in wild populations. With the increasing risks of maladaptation in organisms as a result of climate change and other perturbations, facilitated adaptation through gene tweaking could be one solution to reducing extinction risks. Applications of genetic engineering in conservation are thus far mostly theoretical and have yet to be put into practice.

Genetic engineering is also being used to create microbial art. Some bacteria have been genetically engineered to create black and white photographs. Novelty items such as lavender-colored carnations, blue roses, and glowing fish have also been produced through genetic engineering.

The regulation of genetic engineering concerns the approaches taken by governments to assess and manage the risks associated with the development and release of GMOs. The development of a regulatory framework began in 1975, at Asilomar, California. The Asilomar meeting recommended a set of voluntary guidelines regarding the use of recombinant technology. As the technology improved the US established a committee at the Office of Science and Technology, which assigned regulatory approval of GM food to the USDA, FDA and EPA. The Cartagena Protocol on Biosafety, an international treaty that governs the transfer, handling, and use of GMOs, was adopted on 29 January 2000. One hundred and fifty-seven countries are members of the Protocol and many use it as a reference point for their own regulations.

The legal and regulatory status of GM foods varies by country, with some nations banning or restricting them, and others permitting them with widely differing degrees of regulation. Some countries allow the import of GM food with authorisation, but either do not allow its cultivation (Russia, Norway, Israel) or have provisions for cultivation even though no GM products are yet produced (Japan, South Korea). Most countries that do not allow GMO cultivation do permit research. Some of the most marked differences occurring between the US and Europe. The US policy focuses on the product (not the process), only looks at verifiable scientific risks and uses the concept of substantial equivalence.