ALBIO5: THE OXGYEN DISASSOCIATION CURVE OF LARGE ORGANISMS IN RELATION TO SMALL ORGANISMS.

This unit dwells on the different gaseous components and elements in blood. 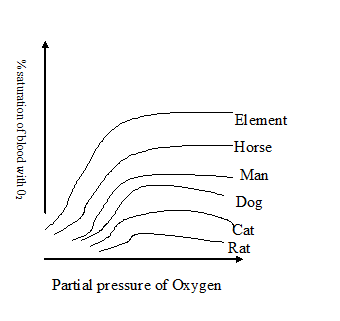 The smaller the organisams the larger the surface area to volume ratio and the higher the metabolic, thus oxygen dissociation curve of the small organism would be to the right of the large ones because of haemoglobin must have a higher ability to unload the oxygen than to load it so as to provide it to the tissues that are metabolically using it at faster pane than in large ones.

DISSOCIATION CURVE OF MAN IN RELATION TO THE FLYING BIRD 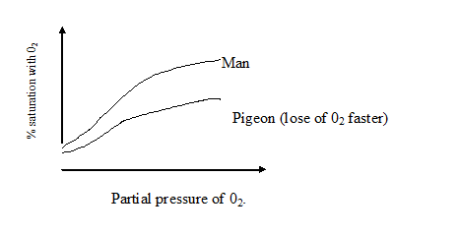 Effect of increased temperature on the position of haemoglobin dissociation curve.

Higher metabolism means more heat and hence raising the temperature and this occurs mainly in the tissues in the skeletal muscles during exercise. 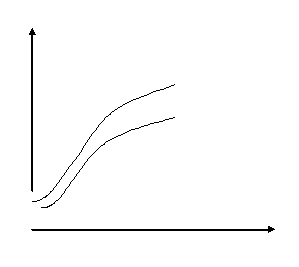 They survive because at low water temperature, oxygen is much more soluble and their metabolic rate is also low and hence their oxygen demand is very low.

Diving mammals posses adaptations which enable long submerged periods without breathing which include;

This is increase in than loading of 02 from haemoglobin in areas with low 02 tensions and high C02 tension usually tissues.

C02 is none soluble than 02 in water but its transport in solution is not adequate to meet the needs of most organisms. There are 3 methods of carrying C02 from the tissues to the respiratory surface.

A small amount = 5% of C02 is transported in blood plasma sole.

IN COMBINATION WITH HAEMOGLOBIN

A little C02 around 10% combines with the amino groups in the fair polyptide chains which make up each haemoglobin module (Hb) to form carbaminohaemoglobin.

IN THE FORM OF HYDROGEN CARBONATE (HC03–) ION

C02 diffuses into the RBC where it combines with H20 to form carbonic acid. The ……is catalyzed by the tine containing enzyme carbonic anhydrase.

Because of the presence of the enzyme in the RBC, most of the

– The carbonic acid then dissolates into hydrogen and HCO3– i.e.

When the RBC reaches the lungs the 02 tension is high all the reactions above into the reverse i.e. 02 is taken up by the RBC and C02 released.