This unit dwells on blood vessels and how blood circulates

Vessels They include arteries, arteries capillaries, veins and venules. The walls of arteries and veins have three layers. 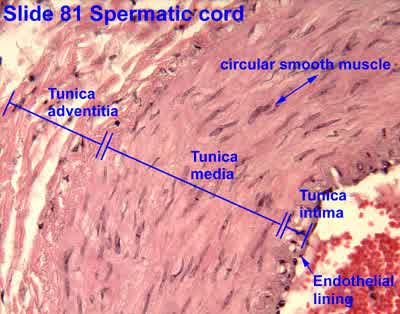 The inner most layer surrounding the women and consists of an endolheluim of flat pavement cell with polygonal outline. (Simple squamous optithelium).

is the outermost layer composed of collagen and elastin fibres running mainly along the vessels (i.e. are longitudinal).

FUNCTIONS OF THE 3 LAYERS 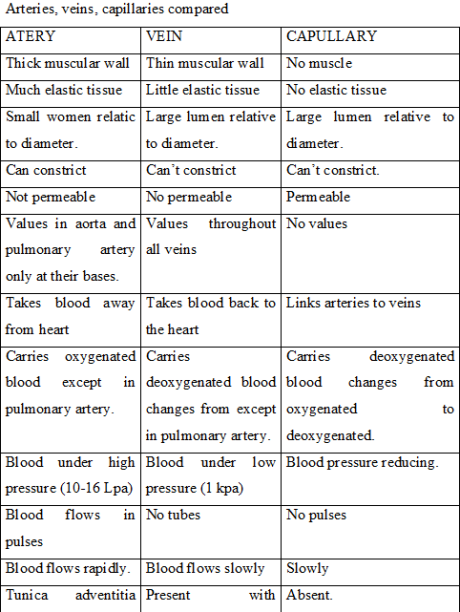 BLOOD CAPILLARIES AND THEIR IMPORTANCE

Capillaries provide a means by which transport of materials can be regulated rings of muscle surround the capillaries at points where they rise from arteries. Under the influence of nerves, hormones or local conditions these sphincter muscles contact or relax thereby decreasing or increasing the flow of blood through them commensurate with needs of the organism. 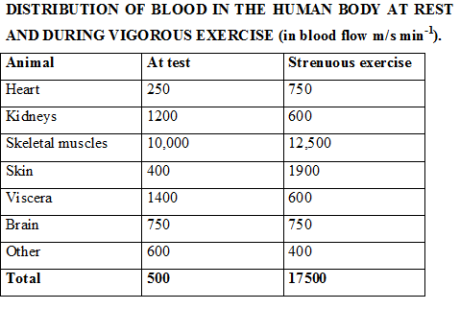 The table shows that during exercise, there is:-

BLOOD PRESSURE AND BLOOD FLOW THROUGH THE BLOOD VESSELS

Changes in blood pressure as the blood flows from the heart through arteries, arteries, capillaries, venules, veins.

In the large lumen of the contra resistance is very law about 0-2mm Hg/litre/min and thus the mean aortic pressure is high ~ 100mm Hg and increases rapidly in small arteries causing pressure to drop to about 70mm Hg at the beginning of the arterioles.

Blood flow in veins is assisted by:-

SUMMARY OF EVENTS THAT OCCUR DURING CARIAC CYCLE.

Blood enters atria and ventricles from pulmonary veins and venacasa. 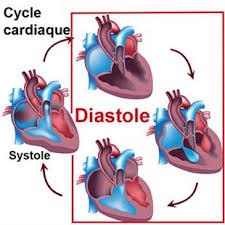 Atria are released and fill with blood ventricles are also relaxed (Thus you can’t talk about atria diastole and ventricular diastole) they are separated like for systole). 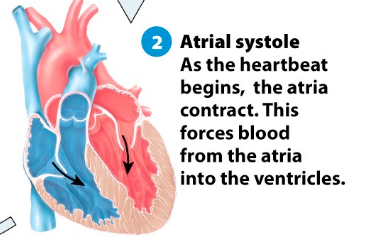 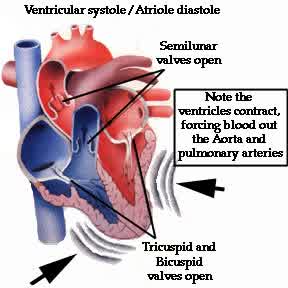 Blood flows from ventricle into the aorta and the Volume of ventricles fall.

Volume of ventricle starts to rise.

Blood flows from atrium to ventricle and

Blood flows from atrium to ventricle