This unit is set up on the different types of circulation in mammals and other types.

The eating of the heart is myogenic meaning that it is initiated from within heart muscles, itself and not as a result of nervous imputes, teaching them.

(Myogenic property is used in heart transport sungery) whereas it is initiated by nerves as in insects it is solid be neuragenic.

Summary of path taken by electrical excitation during the cardiac cycle.

(Bundle of It is)

HEART SHOWING THE SPREAD OF ELECTRICAL EXCITATION THAT ACCOMPANIES CONTRACTION.

The different types of circulatory system may fall under the following:-

Closed circulations are where the blood flows within vessels or sinuses and does not come into contact with the tissue directly e.g. Blood flow in annelids e.g. Earthworm.

Is one in which blood does not move within vessels but through the body cavity called harmocoel and moves freely over the tissues e.g. arthropods e.g. insects. 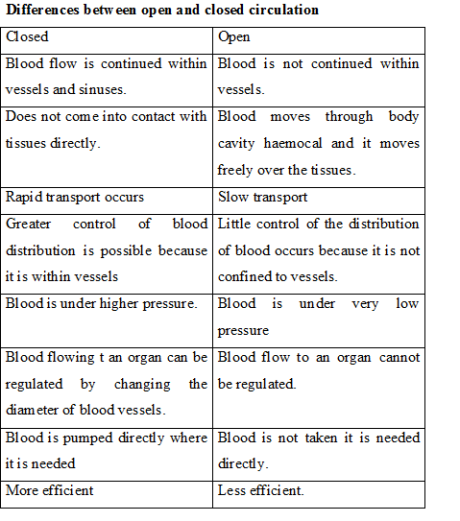 If the heart of a mammal is compared to that of the fish and frogs, the fish has the simplest.

Solutions to the problem. 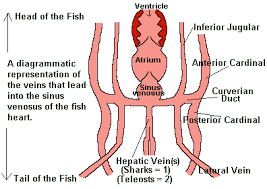 Differences ahead, read on

No need to leave this space.

Various foldings into the wall of the ventricle aided by spiral value in the conus anterious may play an important role in separating oxygenated blood from mixing deoxygenated blood.

THE AMPHIBIAN WITH DOUBLE CIRCULATION 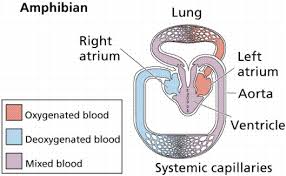 DOUBLE CIRCULATION OF BLOOD TO ALL BODY PARTS IN MAMMAL. 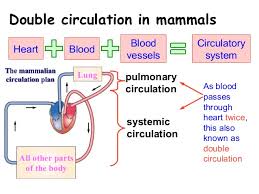 THE OPEN CIRCULATION IN ARTHROPODS e.g. in insects.

Why an open system but not a closed system exists in insects.

The reason lies in the way arthropods develop. In most animals the embryological cavity called coelom that eventuall becomes the main body cavity expands at the expense of the cavity calle blastocoel which eventually forms blood vessels. In arthropods, the revense takes place. 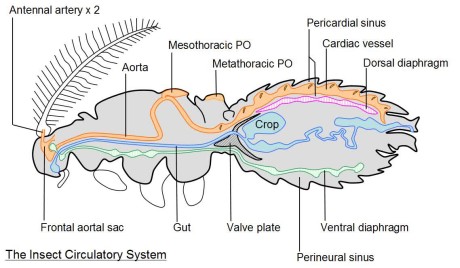