This unit dwells on the process of evolution

Evolution is the gradual process by which the present diversity of plants and animal life arose from the earliest and most primitive organism over avery   long  period of time due to change in the  environment.

Theories of the origin of life.

It suggests that all living things were created separately and simultaneously in 6 days by a super natural power and the organism have never been changed. It argues that the similarities that occur between organisms are merely circumstantial and net a case of evolution.

It was a belief that life  began  by repeated appearance of living organisms  from  non living matter it followed observation that maggots came from rotting matter ,snakes from the bush ,earthworms  from mud , rats and flies from garbage. A lab experiment by a scientist ‘van  helmont’ suggested that  mice would be formed if  a few  grains of wheat and a dirty shirt were left in a  dark corner.

Suggest that the earth had no origin. It has always been able to support life. It has changed remarkably very little if at all but species have no origin. It challenges in the history of the species that the only alteration are for its members to vary or for it to become extinct.

Since H20 is more dense that air, it allows greater support therefore a need to develop a stronger bony framework on land. A strong vertebral column is an additional means of support developed in reptiles and higher animals. Insects are adapted by developing a strong and rigid exoskeleton.

They had to develop air breathing by development of lungs in vertebrates and tracheal systems in insects.

A mechanism of temperature regulation in both ectothermic and endothermic organisms had to be developed.

There being no medium for the mobility of gametes, fertilization had to change from external to internal and eggs were laid externally and protected from desiccation hence the evolution of the amniotic egg. A few life amphibians still have to return to H20 for fertilization for they aren’t fully evolved for terrestrial conditions.

The new medium required the development of special senses e.g. detecting sound vibrations in air during heating and the many new responses required a larger brain.

This is provided by comparative bio-chemistry or study of the organelles. Cells have structures like mitochondrian, ribosomes and chemicals like ATP, DNA, RNA whose structural and organization are basically the same. These findings point to phonogenetic links in plants and animals due to biochemical homology.

Here, we assume that the fewer the differences in the molecular or cellular structure, the fewer the mutations that have occurred thus the closer the links between the two organisms.

Among many plants, chlorophyll cellulose and starch are present but absent in animal cells. Vertebrates posses adrenaline and thyroxine which are absent in all other organisms.

The distribution of phosphagens is also evidence for biochemical homology. Phosphagens are molecules that provide phosphorus gps for synthesis of ATP. Chordates and Echnoderms posses phosphocreatine as the phosphagen in their muscles while phosphoarginine is the phospagen in the other phylum.

This is the study of development stages of the embryos of organisms. All vertebrates start their life histories from a single cell, the fertilized ovum and go through the same stages of development showing membrane in embryos at certain stages hence evidence of relationship among them in addition to similarities in their adult structures. Some embryos of all vertebrates have a notochord embryo of higher animals repeat structures of lower animals some of which are later lost during development. I.e. Karl Ernost’s recapituloaiton theory which states that ‘ontogeny recapitulates phylogeny’ it the development stages from zygote to adult repeats the history of the whole race in its evolution through the ages.

Ernast haeckel’s biogenetic law states that each organism tends in its ontogeny to recapitulate or repeat the stages which its assertors passed through during the phylogeny of the whole raw.

This shows that we and other vertebrates continue to pass through many embryonic stages that our ancestors passed through because we have all inherited developmental stages from a common ancestor therefore the more closely related 2 vertebrates are the longer their embryonic development processes share common stages and vice versa.

It is argued that these animals had common ancestry but because of migration this continous geographical distribution, they settled where they are now and they became extinct intervening regions. They hence developed into a variety of species. This explanation is developed from the theory of continental drift. E.g. it is believed that mammals first developed in Asia and the spread into Europe, Austria, Africa, and America from where they developed into different species by adaptive radiation.

The anatomy of all vertebrates shows the following similarities;

Homologous structures are structures with the same basic structure but perform different functions e.g. leg of bird and leg of man. This general anatomy of vertebrates confirms evolution of many organisms from similar ancestors.

Analogous organisms are those with different basic structures but performs the same functions in the adult e.g. wings of birds and insects. These result from different ancestry but show that evaluation along different lines can serve same environment. This is convergent evaluation the results due to similarities in way of living sometimes due to adaptation to similar living conditions. Whales and dolphins are gill less, warm blooded mammals but similar to fishes in external morphology.

Vestigial organs are degenerate with no apparent function in the organism. They show that due to evolution, organs that were formerly of use in the old environment but useless in new environment degenerate due to loss of function e.g. the appendix and coccyx in man.

Therefore homologous structures support evolution because they show the organisms which posses them are related therefore have a common ancestor. Different in them show divergent evolution security them to different functions thus different habits but the similarities are evidence the evolution hasn’t occurred by sudden appearance of new forms but they slight modification of existing a new e.g. the pentadactyl limb has been modified for grasping in monkeys, running in houses, swimming in whales and flying in bats. This is an example of adaptive radiation i.e. when a gp differentiates into many other types to adapt 2 different modes of life while the internal organization has remained the same.

This is the study of fossilized remains and animals found in the strate of the crust of the earth.

Fossils are the remains of organisms that inhabited the earth in old geological ages.

These provide the following evidence for evolution. 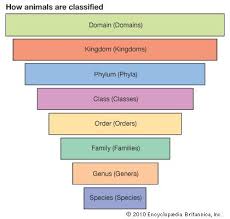 The members of each gp of plants and animals during classification are classified in gps that are contained in larger gps i.e. species

This is a natural classification reflecting relationships and reflects the course of evolution. Members of each gp of plants and animals are placed together because of common characters and the gps in turn are characterized by other resemblances. This is due to relationship of genetic affinity. The different between them is due to descent with divergence and modification from ancestors shared in common. All this is evidence for evolution.

Lanarck’s idea was that evolution was brought about the handing on of characters acquired by one generation to the next. An acquired character is one which was developed in the course of the life of an individual in the somatic cell, through some external change in the environment or through excess we or complete disuse of a part of the body.

He proposed that changes in conditions create needs which lead to new methods of behaviour involving fresh uses or disuses of existing organs of the body which leads to changes in their structures or method of functioning and that the resulting body changes are inherited and reappear in some of the individuals in succeeding generations.

It is based on the propositions ie.

The fact that animals produce offsrpoings like themselves not only in physical features but also in functional characteristics such as method of speaking. He concluded that parents who have been modified by the environment can produce offsprings showing the same modifications but this is genetically incorrect. He illustrated his theory with the evolution of the longneck of the giraffe suggesting that the ancestor had a short neck 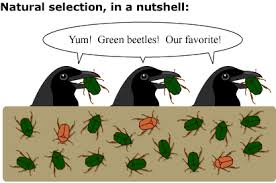 Refers to the differential contribution of offsprings by the different members of a population to the succeeding generations due to their possession of such characteristics. Sites as may suit them better the environment condition.

Such individual are variants and their variations are genetical thus inherited. The contribution of the offsprings of one generation to the next is not entirely random but depends on this variability hence some variant individuals are consistently more successful in leaving offsprings than others. The successful variants are therefore selected by natural selection since they have more survival value in the face of hostile environment where all organisms live.

Observation and conclusion on which natural selection is based

The potential offsprings from individuals are numerous because organisms tend to have high reproductive potential. If their offspring

Natural selection favours individuals near the mean in the distribution and selects against individuals at the extremes. This brings about constancy in the population and does not fevour evolution. It ensures that most individuals surviving are those adapted to the environment conditions.

Example is inheritance of sickle cells anaemia. Individuals at the extremes die of either sickle cells diseases or malaria while the majority heterozygote survive.

Environmental change favours a new phenotype then the individuals of this phenotype are likely to become numerous in the population at the expense of those not favoured. Hence the man shifts to a new one (extreme) and the composition of the population changes accordingly. It leads to evolution of new forms by producing a selection pressure which favours the increase in frequency of new alleles within a population. Examples include industrial melanism, resistance to antibiotics and selective breeding. Hence the effect of directional selection is to move the distribution of the phenotype so that the made coincides with a new environment optimum. 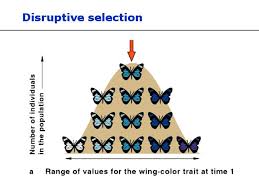 Natural selection favours those phenotypes towards the extremes of the range of phenotypic variation and selects against those near the mean. This is clearly the reverse of stability selection and may lead to the splitting of a single gene pool into two in which case to different species result.

This is not very common. E.g. grass hopper i.e. brown and green wings no intermediately leads to bimodal distribution.