This unit dwells on behavioural changes

Behaviour is what an animal does and how it does it.

The short come of this definition is that the definition includes non-motor components of behaviour (components not related to nervous system).

Behaviour is apparent interms of observable movement. But may also include internal responses of adaptive nature for example.

A young bird that hears an adult song may show no obvious muscle related activities but the memory of the song is stored in the brain and it is used later.

All behavioural pattern centres around;

The behaviour tends to help these animals to remain in moist environment and it is randomly directed (in other wards; animals will not move towards or a way from specific condition). They will show random movement but slow down in favourable condition

Conclusion. The environment cues will guide the animal’s movement.

The study of behaviour is a new science but it is an old aspect of Biology which was practiced by early man to ensure his survival, e.g. man needed to learn habitats of animals around him to ensure his survivals, e.g. man needed to learn habits of animals around him giving him more chance of securing more food and decreased chances of themselves becoming a meal for animals.

The above chance what is called Darwinian fitness.

The study of behaviour is still more descriptive and less analytical however the trend is changing.

This is so if genes influence behaviour and genes do exact a strong influence in many behaviour.

Learned behaviour depends on genes that creates a neural system receptive to learning; based on Darwinian fitness. This is sometimes called behaviorual ecology.

Testing 2nd prediction determines whether females are more sexually stimulated by a large song repertoire than a small song.

Conclusion; may be evolutionary explanation being “Bird song repertoire result in famale’s mating more often with experienced males who will give their offsprings a better chance to survive.

Testable hypothesis helps us explain behaviour of fitness or it can helps find out that repertoire has nothing to do with fitness.

Ultimate and proximate factors (cause of behaviour)

When observing certain behaviour, 2 questions can be asked;

Proximate causes include the following;

Two, ultimate and proximate causation are related. Examples, the blue-gills fish breed in spring and early summer. This is when breeding is more productive and adaptive. During this period, the water are warm so allow growth of the young ones and there is abundant supply of food. Breeding at other times would be a selective disadvantage. In terms of proximative causation, the possible hypothesis is that breeding is triggered by the effect of increased day length on the fish photoreceptions. The blue gill fish can be stimulated to begin breeding by experimentally lengthening their daily exposure to light. The stimulus of light leads to neuro and hormonal changes that will induce nest building and other reproductive behaviour.

Other examples are the pressure derived by some people when some people when they taste sweet foods. Increased likelihood of eating sweet high energy food is a approximate mechanism. The fitness associated with the consumption of the sweet food is ultimate factor for natural selection, because you are a selective advantage.

The ultimate causation; is that this behaviour enhances the wasps fitness by targeting food to her offspring.

Conclusion; the how and why question about animal behaviour are related to evolutionary basis. Proximate mechanism produce behaviour that ultimately …..because of increased fitness.

There are 2 forms of behaviour;

Innate behaviour, there is a genetic basis for the behaviour. But behaviour also changes as a result of experience.

Interaction with the environment may modify and even elicit specific type of behaviour.

Behaviour is a result of both innate features of organism and interaction with environment that accumulates during lifetime.

At the start of study of behaviour, Ethiologits concentrated on looking at stimulus that triggers behaviour and the work was pioneered by Konard Lorene and Tinbergen, Karl on Frisch.

One of their major findings was that animals can carry out many behaviours without ever seeing performed.

Conclusion, many behaviours are innately programmed- responses are predetermined by inheritance of specific nerves or cytoplasmic pathways in an organism. Therefore these built in pathways for a given stimulus will always produce the same response. This is Fixed Action Pattern.

Fixed Action Pattern can be defined as a constant response to an eliciting stimulus called a sign stimulus coming from another member of the same species is reffered to as releaser. FAP is innate ability for an animal for detects certain stimulus associated with the animal’s survival.

It has an intensity of inner push, whatever its nature is can be referred to as a drive.

Drive is actually motivation. This motivation springs from a a disturbance in the internal equilibira of an animal. The drive can be modified by factors that can either be internal or environmental.

Sometimes motivation or drive may be referred to as instinct.

Example, an animal which as not eaten for a long period will show a shift in its internal equilibria which will be expressed in the behaviour of food foraging.

The internal equilibria is characterized by decrease in blood sugar. The lowering of blood sugar is the body trigger, the hunger, the drive complex hormonal pathways are involved. If the animal is ill or weak, the drive is less intense. Previous experience may also modulate the intensity of the drive eg a heavy rainstorm may deter us completely from living our homes even though there is a need to look for food.

Female mammals are receptive to mating at certain coincides with the optimum time for fertilization. So that the offsprings are produced at the mat favourable time of the year. These are behavioural responses associated with reproductive and they tend to have motivational elements.

The degree of motivation has to be synchronized in both males and females. In this case, sign stimuli or releasers are very important e.g. the swelling and the changes in colour in the genital area of the female primate is the sign of the onset of estrus and this is usually displayed to the male.

Sign stimuli can be classified as releasers or terminating stimuli or s motivational stimuli. 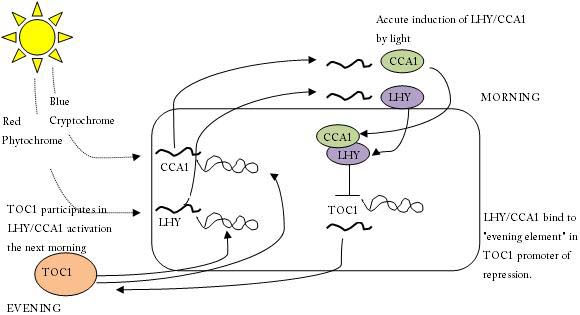 Mat biological rhythms are a blend of both, but the major factor is the photoperiod; i.e. length of day and night. This one sets the clock which include both various and endocrine systems.

Photoperiod is important in preparing animals for hibernation, aestivation, migration and in insects e.g.

Courtship behaviour are species-specific; all elaborate and complex till these courtship behaviours are all aimed at making sexual apparatus ready. In some organism sexual activities are restricted to a relatively short season so that mating will be turned off at some point.

Sexual behaviour involves periodic changes, internal characteristics for instance endocrine activity, central nervous status and tone of reproductive tract. It could also be modified by the environment factors such as amount of light available; amount of food present the building up food reserves and presence of males etc.

Learning is adaptive in behaviour resulting from past experience learned behaviour are acquired during the life time of an individual as a result of experience. Some learning are species-specific and they do not change; for example innate learning, however, some learning is still evolved for we know that most fixed action pattern improve with performance  so that animals can learn to carry them out efficiently.

Animals subjected to repeated stimulation may gradually stop to respond to the important stimuli or to a stimuli that does not provide appropriate feedback for example hydra will stop contracting if disturbed too often by water current. Grey savirrels and other animals learn to ignore alarms made by co-specifics threatened by predators, if not followed by immediate attack. Animals soon come to ignore unffective scarecrows, anima habituates to the scarce crow.

Habituation prevents an animal repeatedly to release that leads to nowhere.

Body temperature is regulated by physical (insulatory) and chemical (metabolic) means but the extent to which an animal depends on each of these processes in its life differs.

If the environment temperature of a naked man is gradually lowered from a pleasant 290C to freezing point, the following occurs

There its only metabolic processes which can regulate the body temperature.

The metabolic rate continues to increase as the outside temperature is further lowered until the chemical mechanisms break down at a temperature called the lower lethal temperature.

The lower lethal temperature is the environmental temperature lower than the critical temperature, at which the increase in metabolic rate can no longer generate enough heat to maintain the body’s temperature.

At this temperature both metabolic rate and temperature fall and the organism is liabic to death due to hypothermia.

Hypothermia is the condition in which the body temperature falls dangerously below normal and happens when heat energy is lost from the body more rapidly that it can b produced.  Its results in death because a low temperature impairs brain function and heartbeat.

The following are more at risk,

At the start, the various mechanisms promoting heat loss can keep the body’s temperature up to the higher or upper critical temperature.

This is the environmental temperature above which the thermal regulating mechanisms such as sweating cannot keep the body temperature constant and the metabolic rate gives up as the body’s rxns double their rate for every 100C rise in temperature thus the effect of enzymes (positive feedback).

As the body temperature continues to rise, heat exhaustion characterized by impairment of the brain cramps and dizziness sets in. this is followed by death at a body temperature of about 420. This is the upper lethal temperature for most human beings; during which enzymes controlling cell rxns are denatured.

THE VIDEO BELOW TEACHES ABOUT ANIMAL BEHAVIOUR